Fountains in the City 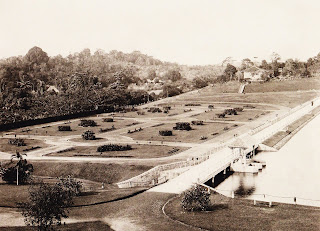 (MacRitchie Reservoir. c.1880)
There were 3km and 5km routes for joggers. For the 3km route, we ran on the muddy track in the forest, exit through a steep slope into Lornie Road and headed back to the starting point near the grave of local world war hero Lim Bo Seng. For the 5km route, the exit point was further and next to Sime Golf Club. Generally, our female counterparts would take the shorter path. For the guys, we tend to show off and chose the longer one. 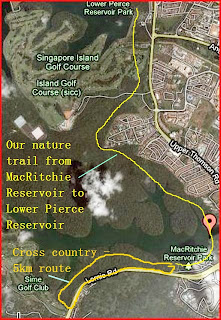 (The jogging track and our very own nature trail between late 1970s and early 1980s)
After some time, we explored our own nature trail and went deeper into the natural reserve. At some areas, we had to soak ourselves into water up to chest level in order to by-pass the thick vegetation. The nature trail lasted for more than two hours and led us to the adjacent Lower Pierce Reservoir. Today, the MacRitchie nature trail is well developed by NPark and is considered safe. 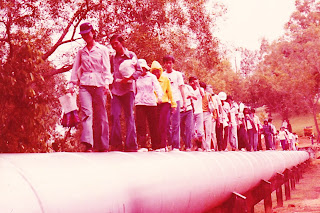 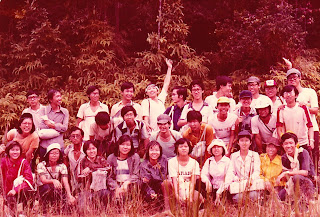 (Our self-designed nature trail from MacRitchie Reservoir to Lower Pierce Reservoir. c.1980)
After graduation, we initiated an annual cross-country event for our fellow juniors who served in the same student organisation. As usual, most of such student activities were not sustainable and ended prematurely. This annual event landed on the same fate. We led on to our own respective lives and had lost interest in cross-country. 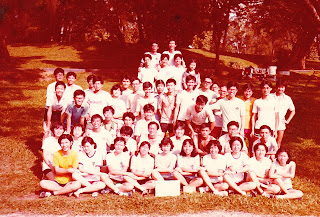 (Group photo for one of the cross-country events. c.1980)
I learned in the later year that MacRitchie Reservoir was constructed in 1867 as the first impounding reservoir in Singapore. Philanthropist Tan Kim Seng came from Malacca in 1840. He noted an increase in demand for water in the mid-19th century, which grew beyond the capacity of ox-drawn water carts. He donated S$13,000 to help fund a town water supply that was completed in 1878. 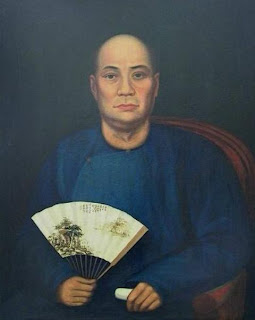 (Tan Kim Seng)
A beautiful Victorian cast-iron fountain was built to commemorate Tan Kim Seng. The Tan Kim Seng fountain was first unveiled at the centre of Battery Road on 19 May 1882. Since then, the fountain has been part of Singapore’s urban landscape. 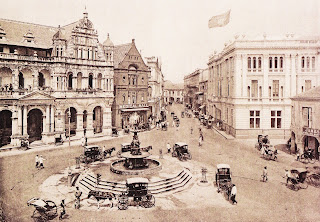 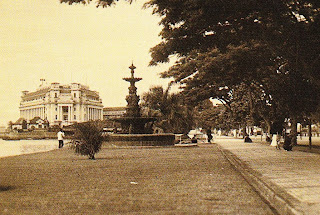 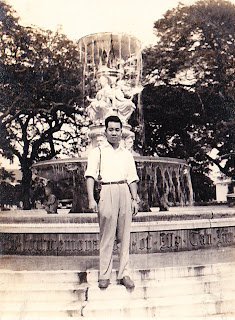 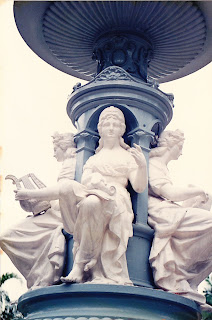 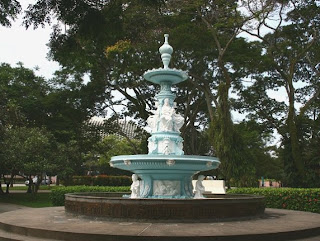 (Modern view of Tan Kim Seng fountain with "durian" behind. c.2010)
As Singapore developed into a cosmopolitan city surrounded by contemporary architectures, Tan Kim Seng fountain is less known to the newer generation and immigrants. Perhaps a better known water fountain would be the Fountain of the Wealth in Suntec City. Elegantly blended the architectural and artistic knowledge, the Fountain of the Wealth is much more impressive and spectacular. Its design is based on the Hindu mandala, and is a symbolic representation of spiritual unity, unity and harmony among the four races in Singapore. 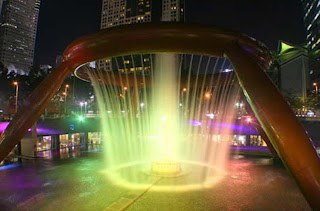 (Fountain of the Wealth at Suntec City)
Gemmill fountain would likely be a fountain that is unheard of even for the locals. However, some of them would probably know where Gemmill Lane and Ann Siang Hill are.

Gemmill Lane off Club Road in Chinatown was named after an auctioneer by the name of John Gemmill. John Gemmill would also likely to be the first banker in Singapore who advertised his services in the Singapore Free Press in January 1839. He offered 6% interest per annum for deposits of not less than $100 and cash advances for goods deposited with him. Such a high interest rate for saving account was also common in Singapore during the period of 1970 to early 1980s. 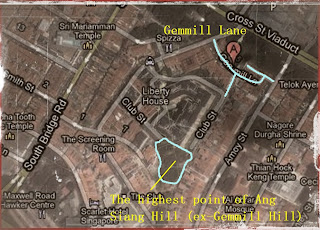 (Map showing where Gemmill Lane and Ann Siang Hill (Gemmill Hill) are located near China Town)
Ann Siang Hill, located off South Bridge Road, was the site of the house and estate of Chia Ann Siang (谢安祥; 1832–1892), a wealthy Malacca-born Hokkien Chinese saw miller. Before he bought over the estate, Ann Siang Hill was named as Gemmill Hill after John Gemmill. 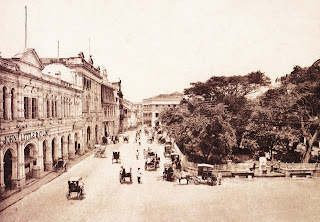 1864
The fountain still works. Water spurts from the mouth of the lion when a button is pressed. It is now relocated to National Museum of Singapore. 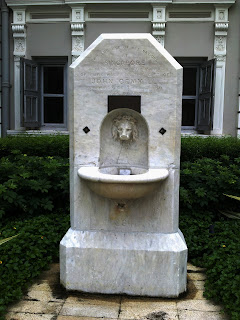 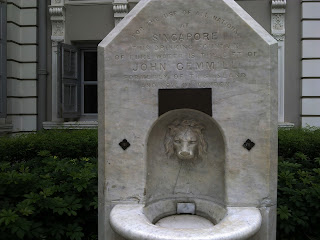 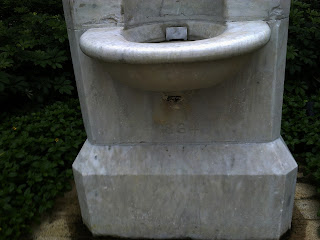 I always emailed this web site post page to all my associates, since if like to read it after that my contacts will too.