GE 2001 saw the first time a formal political umbrella emerged from within the opposition. The four-party SDA was established with Chiam See Tong as chief, consisting of the SPP he led, which was the leader party, NSP, PKMS and SJP. NSP provided the bulk of nine candidates, SPP four and PKMS providing a required minority candidate.

Former WP NCMP J. B. Jeyaretnam, who lost his seat after being declared a bankrupt owing to lawsuits by PAP leaders, resigned from the party, citing disagreements with the present leadership. Low Thia Khiang took over as secretary-general and WP's third-generation leader. 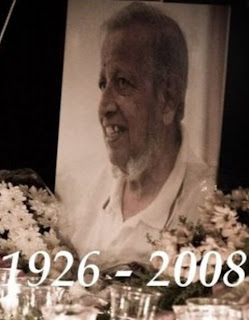 (J B Jeyaretnam resigned from WP in 2001. He passed away in 2008)
GE 2001 also saw the shortest run-up period of 17 days after opening of the register of electors. Once again, Singapore was regrouped, now into 14 GRC and 9 SMC. A seat had been vacated in 1999 after the conviction of PAP MP Choo Wee Khiang over commercial crimes. Under the law, an entire electoral constituency, be it GRC or SMC, has to be vacated before a by-election is required. On nomination day, the sole WP GRC team was disqualified for filing incomplete papers in Aljunied GRC. Opposition parties ended up contesting only a-third of the seats, the lowest portion since 1968. PAP achieved its third highest vote share among the general elections it has contested. 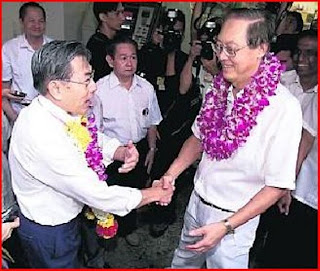 (Chiam See Tong 'accidentally' met Goh Chok Tong at Potong Pasir, 2001)
For GE 2006, the PAP government's second handover of power to a third Prime Minister, Lee Hsien Loong, could spell an uphill task for the ruling party to maintain its domination, if going by GE 1991 standard where his predecessor, now Senior Minister Goh Chok Tong, had assumed leadership and PAP lost four seats. Some constituencies were regrouped but as a whole, the country had 14 GRC, 9 SMC, same as the previous GE.

Adding to Lee’s challenge were opposition parties in improved shape and carried out preparations earlier, fielding enough candidates to deny PAP a return to power on nomination day, not seen since GE 1988. All contests were pure straight fights, something not seen before.

A rejuvenated WP, with secretary-general Low Thia Khiang, its sole Member of Parliament, and first woman chairman Sylvia Lim, released its manifesto ahead of PAP. 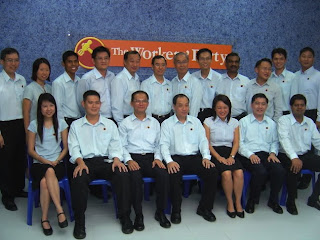 (WP's candidates for GE 2006. It inlcuded a 'suicide squad' contested in Ang Mo Kio GRC (PM Lee's ward) and garnered one-third of vote share)
The SDA alliance continued its united front amid revealed dissatisfaction with leader and MP Chiam See Tong, including from Chiam's own SPP. Again, NSP provided the most number of candidates - with 11 or about half for SDA. PKMS one and SJP none. SPP provided eight.

SDP's CEC fell into disarray after a defamation suit by PM Lee and Minister Mentor Lee Kuan Yew, which shook the unity of the once-strong party. Its leader Chee Soon Juan was barred from polls after being fined for speaking without a permit in 2002 and made bankrupt for libel in 2006.

For most of the campaign, PAP focused on James Gomez, a WP candidate in the Aljunied GRC team led by Sylvia Lim, over an ethnic minority certificate that Gomez alleged the Elections Department misplaced. However, the ED's CCTVs had filmed him inserting it into his bag. 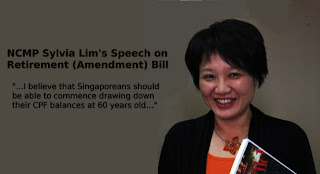 (Sylvia Lim, the first NCMP in Singapore history. c. 2006)
THE NCMP scheme was introduced by the Government in 1984 as a means of ensuring there would be opposition representation in Parliament. It allowed the highest-scoring losers in a general election to enter Parliament if there were fewer than three elected opposition MPs. There could be as many as six NCMPs if the President decreed it. In 2010, changes were made to guarantee a minimum of nine opposition MPs. If the opposition wins fewer than nine seats, NCMPs from the highest-scoring losers can meet the shortfall. However, there is a cap of two NCMPs from any opposition GRC team. NCMPs must get at least 15 per cent of the valid votes. 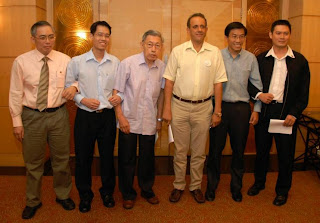 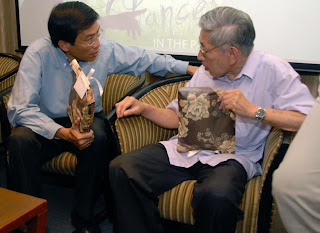 (Chee Soon Juan and Chiam See Tong's relationship turned bitter when working together at SDP. Have they patched up after 15 years on? 2011.)
GE 2011 was the fiercest fight for post-independence Singapore. All the constituencies less Tanjong Pagar GRC were contested. PAP returned to power on polling day with total vote share of 60%. It was a convincing win by the standard of developed countries. However, it was the lowest in PAP history since independence. WP teams not only retained Hougang SMC with the highest margin in Hougang history, they also registered a historic achievement by winning the Aljunied GRC. 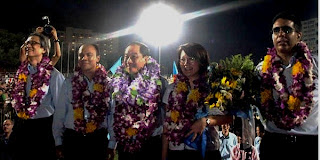 (WP team contested in ALjunied GRC. 2011)
For another opposition MP Chiam See Tong, he suffered two consecutive strokes in 2008 but still full of  fighting spirit. Like Low Thia Khiang, Chiam decided to walk out from Potong Pasir SMC and form a formidable group to fight in the adjacent Toa Payoh GRC. His team captured about 44% of the total vote share and earned high respect from the mass and the PAP team. 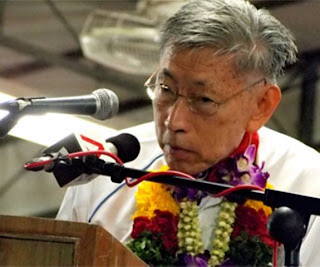 (Chiam See Tong in an election rally GE 2011. The WP team (6 elected MPs and 2 NCMPs) would fulfil his wish of restoring democracy in the Parliament. Would Chiam pull down the curtain after contributed his prime time to the Singapore politics? 2011) 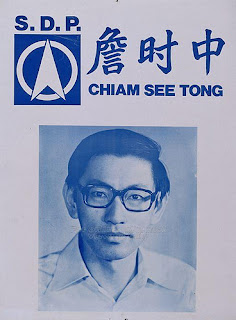 (Chiam See Tong founded SDP and won the Potong Pasir Seat in GE 1984. He remained as a longest serving opposition MP for 27 years.)
Immediately after the election, PM Lee Hsien Loong told Singaporeans that this election was a watershed and your voices were heard. He determined to make significant changes to the way PAP government shaping its policies and connecting with people. He initiated a sweeping Cabinet reshuffle just 11 days after the general election. Three ministers who were highly controversial and scored the lowest winning margins were all booted out from the cabinets. They were Deputy Prime Minister and Minister for Home Land Security Wong Kan Seng, National Development Minister Mah Bow Tan and Transport Minister Raymond Lim. 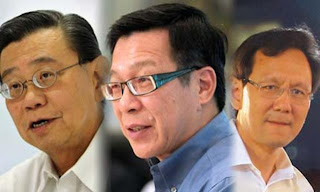 (Wong Kan Seng, Mah Bow Tan and Raymond Lim were dropped from the new cabinet lineup. 2011)
The question was inevitable: To what extent did the election results affect the shape of the new line-up? Prime Minister Lee Hsien Loong responded:

'Certainly, the outcome of the election affected my thinking in deciding how to make this Cabinet. I wanted a fresh start and that's why I've gone for radical change.' 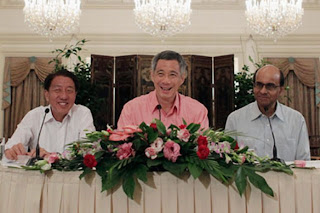 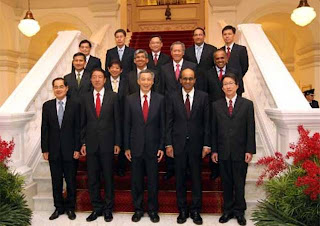 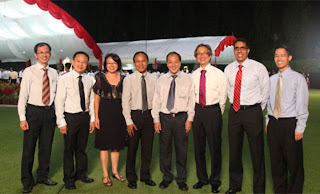 great post, very informative. I ponder why
the other experts of this sector don't notice this.
You should continue your writing. I am confident, you've a great readers' base already!