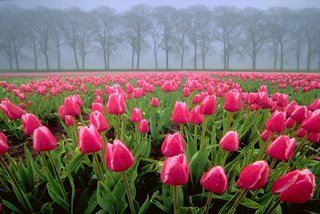 The curtain of PSLE2006 had closed. At least closed for a time being until the result is released. The after effects will start rolling again by then.

Social activities are piling up for the P6 students. Some sort like a reward to them who had spent time and effort to sit for the exam. I volunteered myself to accompany the students to Science Centre. I saw many relief, happy and innocent faces. They thanked me for taking time off, and thanked me again when they arrived school safely.

I ponder the subject that I always pondered around again and again: Why PSLE becomes a stress to the parents and students? Why do we subject these people to such pressure and to many of them, as if PSLE would determine their final destiny? Shouldn't we give the children happier childhood, make learning a fun time so that they could sustain the learning interest as a life-long hobby?

For PSLE, I always have these burning questions:

Q1-How would the PSLE results benefit the majority in long-term? Does it mean that a child who scores badly is also a slow learner, not academically incline, and life would evolve with negative dynamics?

Q2-A child has done consistently well but has done badly in PSLE. Won all the battles but lost the war. How would you value the child?

Q3-On the reverse, a child has done consistently bad but has outperformed the rest in PSLE. Lost all the battles but won the war. How would you measure the 'success' of this child?

Friends, this is not kidding. To me, education is a long lasting process. It goes ways beyond PSLE. Life is ways beyond PSLE. Success and failure are ways beyond PSLE.
If there aren't convincing answers to the above, I could only conclude that the yardstick is illogical,asymmetricalical. The impact on the pupils is long lasting. Branding begins in primary school days, and is repeating after PSLE. Special, Express, Normal Academic, Normal Technical... You may call it different flavour, different varieties. But in reality with the mass, this is branding.

Since 1970s, I have been strongly against the idea of streaming. Whether streaming begins in P3, P4 or Secondary one is immaterial. My key disagreement is the fear of equating streaming to branding. Streaming is fundamentally different from the Confucian ideology of '因才施教'. The Confucian ideology is looking at the positive side of people, maximizing and growing individual's strengths. Streaming leans towards the negative end. Because you are not bright, you have to join the second-class society. This is Confucianfucian ideology.

For 30 years, we sacrificed two generations to make the 'brighter lot' shines. We created elite class but the elites may not understand the pyramid triangle that makes them the elites. The elites may just live in their own world and lack of compassion with the mass. This is more elaborated in the recent real case published in the various newspapers. However, elite is not the subject of this article.

After 30 years, it is heartening to see someone has the courage to make a bold change by squashing away streaming Â– the pillar of our unique education system for one-third of a century.

While we've yet to see the actual changes, the bold courage is plausible. Return the fun time, the true education value and the self-pride to the children. Don't create a negative social impact on them. That's what I've been looking forward to for the last 30 years. It arrives 30 years late after one big spiral. It is always better to arrive than never.

This leads to reexamination of Q3- is PSLE necessary at all? Many advance nations have dropped PSLE. Instead of spending the entire school term preparing children for exam, more of other learning opportunities could be reaped. How about bringing them to natural reserve to learn about the balance of eco-system and to appreciate the beauty of nature? How about bringing them to Pulau Ubin for group topo and team building? Must learning life evolve within the schools?