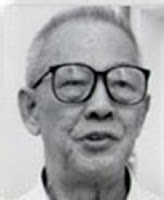 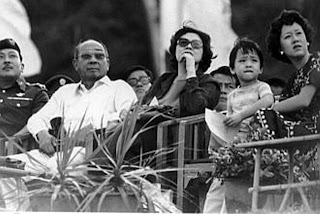 （Goh Keng Swee and his first wife Alice Woon, in a photo taken in 1977 at an air show. With them is their daughter-in-law Tan Siok Sun and grandson Ken-Yi. Straits Times Jan 21, 2011 ）

'My mother spent the best years of their lives together, supportive of Dr Goh, and standing by him when he was at his creative best, young, hale and hearty, energetic. 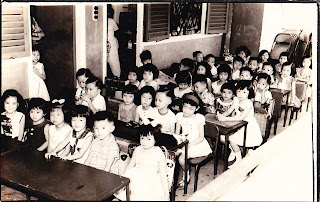 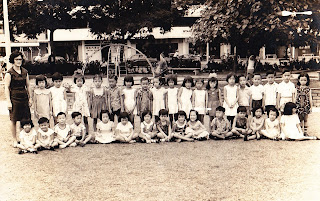 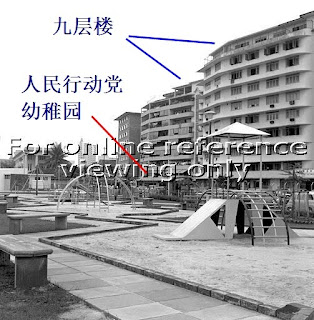 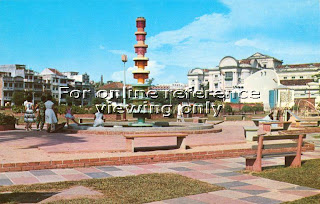 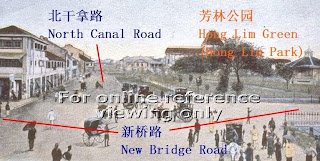 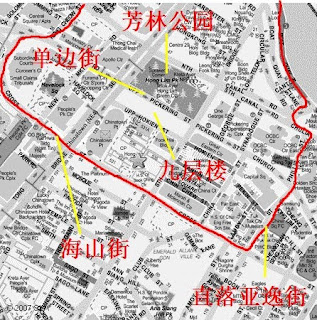 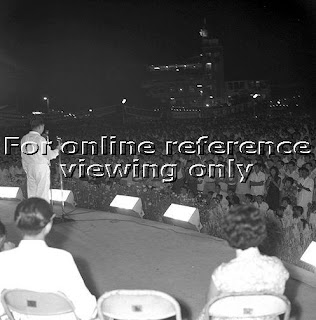 Email ThisBlogThis!Share to TwitterShare to FacebookShare to Pinterest
Labels: education, once upon a time 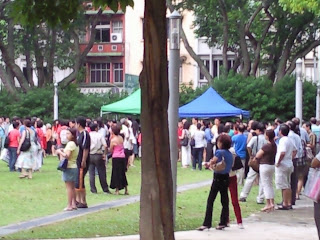 EDUCATION Minister Ng Eng Hen apologised yesterday for giving the 'wrong impression' in a recent press interview that his ministry was planning to reduce the mother tongue weightage.

A committee reviewing the teaching and testing of mother tongue languages has not proposed any change to the scoring system in the Primary School Leaving Examination (PSLE), he clarified.

'I think I should have chosen my words more carefully and apologise for creating that wrong impression,' he said of his interview three weeks ago with The Straits Times and Chinese daily Lianhe Zaobao.

Expo 2010 Shanghai China (中国2010年上海世界博览会) is a billion dollars’ show held on both banks of the Huangpu River. Following the opening ceremony on 30th April 2010 night, the show will last for 6 months before pulling down the curtain on 31st October 2010. 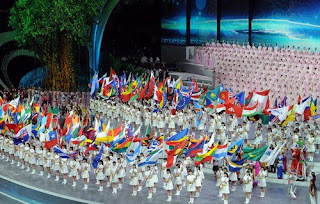 World Expo 2010 - opening ceremony
The huge show in Shanghai has drawn in 191 participating countries. It seems to build upon the success of the Beijing Olympics 2008 in the exceptional China's way. The show is designed to accommodate up to 600,000 visitors a day and expecting to welcome a total of 70 million visitors. 7 million Shanghai households have already received free entrance tickets for the Expo. 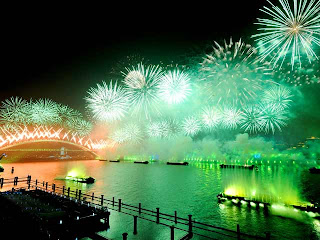 Lighting up Huangpu River
“It is sad that the old style is gone but it shows Shanghai is developing fast." said the local. While Shanghai is stripping hawkers and various eyesores off its streets as Beijing did before the Olympics, the event is not targeted primarily for an international audience. Officials expect only 5 percent of the visitors to be from outside China.

"Much more of the focus is China and the Chinese government promoting themselves and promoting their capabilities to their own citizens," said Greg Hallahan, strategist at business risk consultancy PSA Group in Shanghai.

China is serious about creating a legacy after the Beijing Olympics. China spent US$4.2 billion on reinventing the world's exhibition fair as a blowout extravaganza. Local media have reported the true cost is closer to US$58 billion, including infrastructure.

Record investment pours into Shanghai. The Saudi pavilion is the most expensive at US$146 million, while Australia is spending US$76 million and France is shelling out US$68 million. Germany is spending US$67 million on its pavilion which will let visitors sample traditional dishes like bratwurst sausage and Bavarian pork knuckle.

It is hoped the Singapore pavilion will attract 10 per cent of the expected 70 million visitors over the six months of the Expo. Laksa, Chicken rice, Satay, Stephanie Sng and JJ Lim are packed as part of the Singapore Urban Symphony for World Expo 2010.

The theme of Expo 2010 is "Better City, Better Life," representing the common will of the whole humankind for a better living in future urban environments. This theme represents a central concern of the international community for future policy making, urban strategies and sustainable development. In 1800, 2% of the global population lived in cities. In 1950, the figure raised to 29%. In 2000, almost half the world population moved into cities. By 2010, as estimated by the United Nations, the urban population will account for 55% of the total human population.

Expo is the term that refers to various large public exhibitions held since the mid-19th century. It is the third largest event in the world in terms of economic, cultural and technological impact, after the FIFA World Cup and the Olympic Games. Expos have been organised for more than 150 years — longer than both the modern Olympic Games and the World Cup. 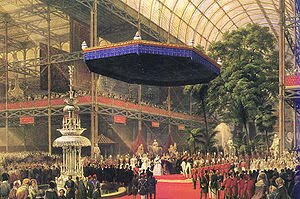 Crystal Palace - Queen Victoria open the Great Exhibition
1970 was the first time the World Expo moved to Asia. Expo '70 (日本万国博览会, Nihon bankoku hakuran-kai) was held in Suita, Osaka, Japan between 15 March and 13 September 1970. The theme of the Expo was "Progress and Harmony for Mankind." There is also a time capsule that is to be left for 5,000 years and opened in the year 6970. The capsule was donated by the Matsushita Electric Industrial Co. 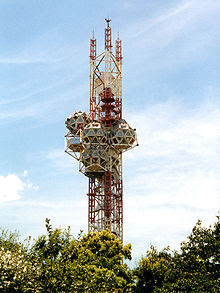 Expo Tower - Suita, Osaka
As I screened through my stamps collection, I believe Expo '70 should be an extraordinary occasion. Not only Japan issued stamps to memorise the event, Singapore did it as well. Unfortunately I was too young then to understand the significance．I was only attracted by the design, colour and the words 万国on the stamps. 万国 led me to believe that there were really ten thousand nations on the planet earth. 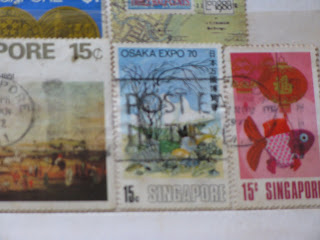