Recently some friends and I shared the fairy tales that we favoured most once upon a time.

In comparison, children are more receptive to fairy tales and are usually touched by the stories. For adult, we would possibly be attracted by the fairy tales if we re-discover our natural kindness from our inner selves.

Once upon a time my children would bring their favorite story books to me, asking me to read the fairy tales for them. They would sleep happily after the stories.

By the way most of the fairy tales begin with ‘once upon a time’.

Nowadays they don’t listen to fairy tales anymore. They said fairy tales are not real. Fairy tales marked the end of their childhood journey. 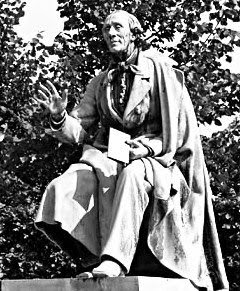 Hans Christian Andersen (安徒生，1805-1875) wrote some of the best-loved fairy tales of all time: The Little Mermaid, The Princess and the Pea, The Emperor's New Clothes, The Little Match Girl, The Ugly Duckling, The Red Shoes, The Snow Queen and many others.

Once upon a time, they also brightened my childhood.

Andersen's fairy tales identify with the unfortunate and outcast. This made his tales very compelling. Some of his tales revealed an optimistic belief in the triumph of the good, among them 'The Snow Queen' and 'Little Ugly Duckling', and some ended unhappily, like 'The Little Match Girl.'

In 'The Little Mermaid' Andersen expressed a longing for ordinary life. The Little Mermaid lives at the sea bottom with her father the sea king, her grandmother, and her five elder sisters.

When a mermaid turns 15, she is allowed to swim to the surface to watch the world above. When the Little Mermaid's turn comes, she ventures to the surface, sees a ship with a handsome prince, and falls in love with him from a distance. A great storm hits, and the Little Mermaid saves the prince from a near-drowning. She delivers him unconscious to the shore near a temple. She waits until a young girl from the temple finds him. The prince never sees the Little Mermaid.

The Little Mermaid asks her grandmother whether humans can live forever if they do not drown. The grandmother explains that humans have a much shorter lifespan than merfolk. When mermaids die they turn to sea foam and cease to exist, while humans have an eternal soul that lives on in Heaven.

The Little Mermaid, longing for the prince and an eternal soul, eventually visits the Sea Witch. The Sea Witch sells her a potion that gives her legs, in exchange for her tongue (as the Little Mermaid has the most intoxicating voice in the world). Drinking the potion will make her feel as if a sword is being passed through her, and walking on her feet will feel like walking on knives. In addition, she will only get a soul if the prince loves her and marries her, for then a part of his soul will flow into her. Otherwise, at dawn on the first day after he marries another woman, the Little Mermaid will die brokenhearted and turn to sea foam.

As dawn breaks, the Little Mermaid dives into the sea. Her body dissolves into foam. She feels the warmth of the sun; she has turned into a spirit, a daughter of the air. The other daughters of the air tell her she has become like them because she strove with all her heart to gain an eternal soul. She will eventually rise up into the kingdom of God.

The statue of The Little Mermaid sits on a rock in the Copenhagen harbour at Langelinie. The statue was commissioned in 1909 by Carl Jacobsen (son of the founder of Carlsberg) who had been fascinated by a ballet about the fairytale in Copenhagen’s Royal Theatre. 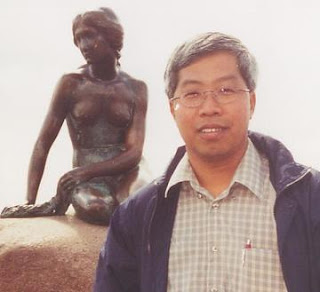 The statue of The Little Mermaid is only 1.25 metre high and weighs around 175 kg. This small and unimposing statue is a major tourist attraction in Copenhagen. I was attracted by it even at the time when my hair had begun to turn silver. Well, it’s because of Anderson and his fairy tales. They accompanied my childhood with endless imaginations. The fairy tales weave my faith and live together like the song ‘If we hold on together’ sang by Diana Ross.

Don't lose your way
With each passing day
You've come so far
Don't throw it away
Live believing
Dreams are for weaving
Wonders are waiting to start
Live your story
Faith, hope & glory
Hold to the truth in your heart 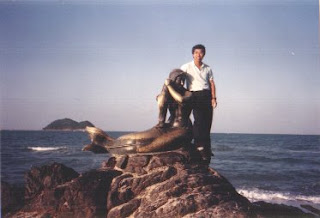 It seems that The Little Mermaid has also moved the emotion of the Thai people. Within the city of Songkhla（宋卡） is the most popular beach at the Samila cape. The famous mermaid statue is standing at this beach. My friend Tay Ah Huat took the shot for me. Twelve years later he rose up into the kingdom of god.
Posted by ....... at 2/21/2009 05:38:00 pm No comments: 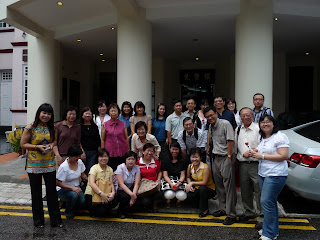 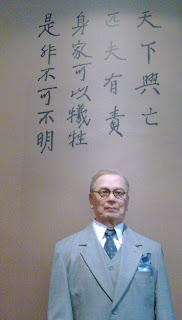 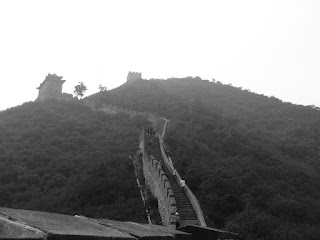 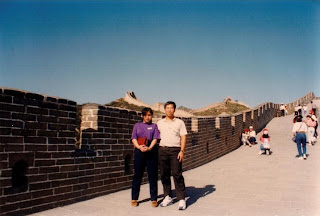 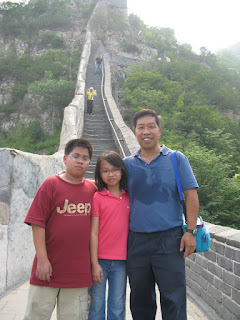 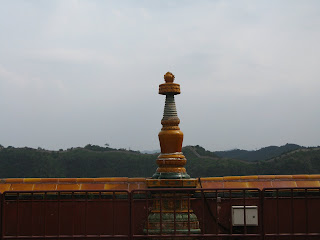 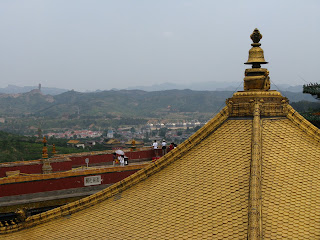 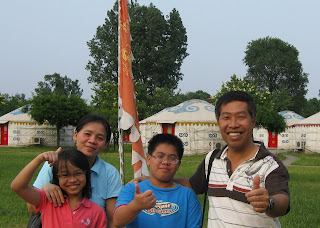 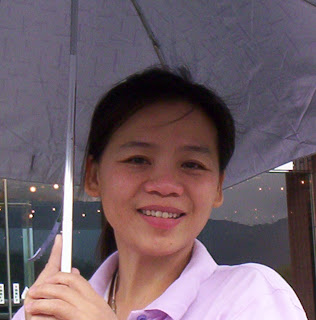 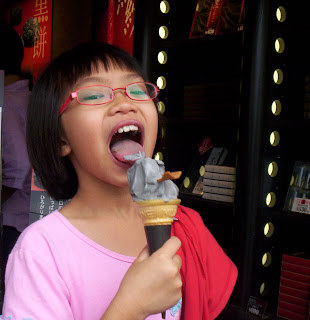 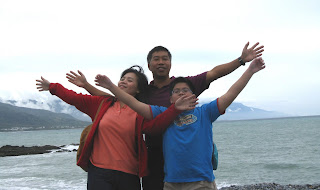 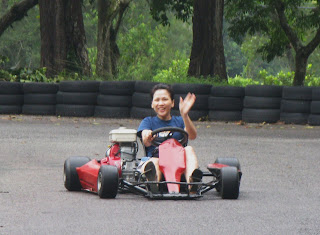 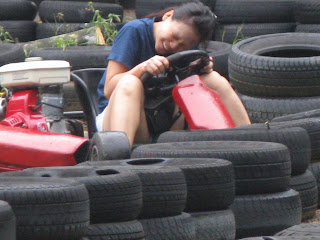