远在London Surrey的Kuai Peng 捎来远洋的祝福：“Live a good honourable life. When you get older and think back, you’ll be able to enjoy it a second time.” 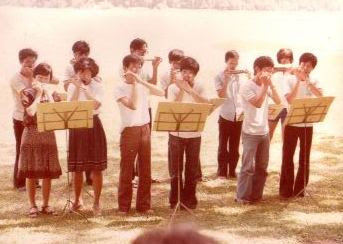 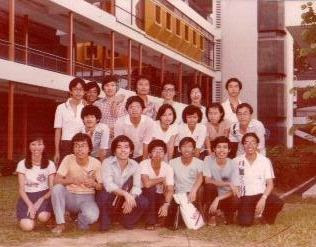 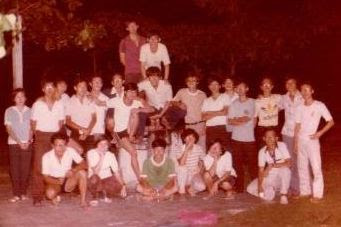 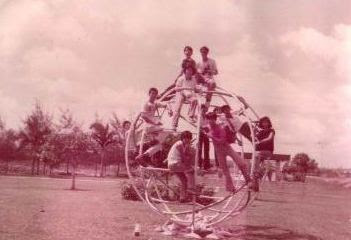 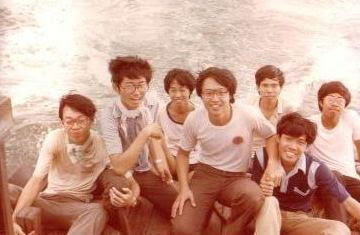 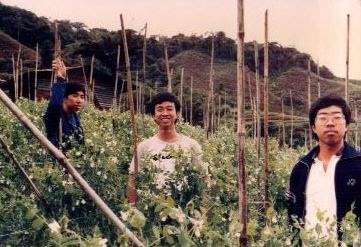 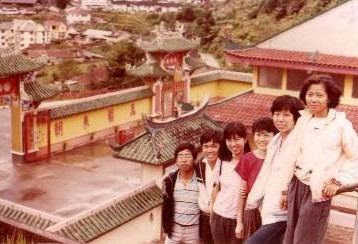 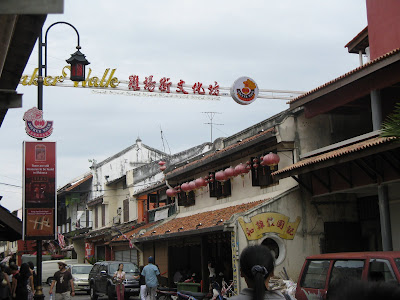 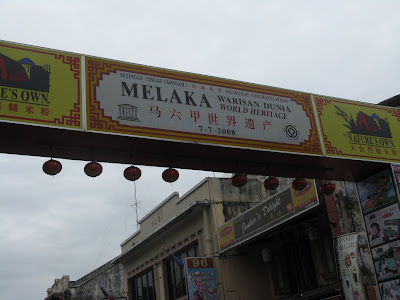 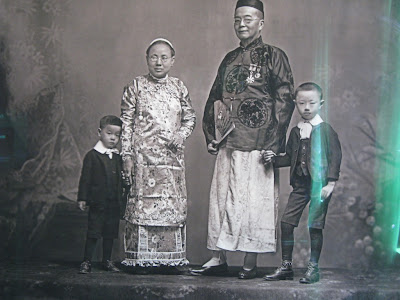 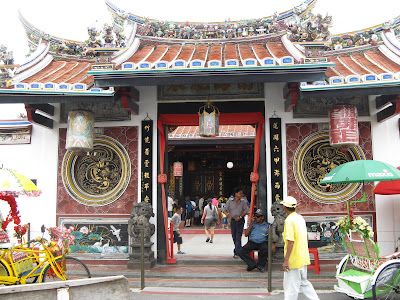 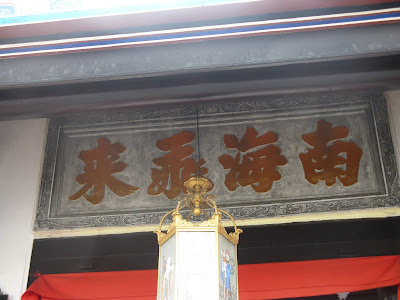 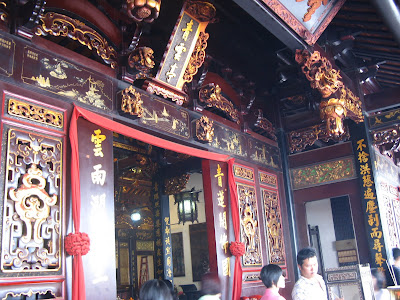 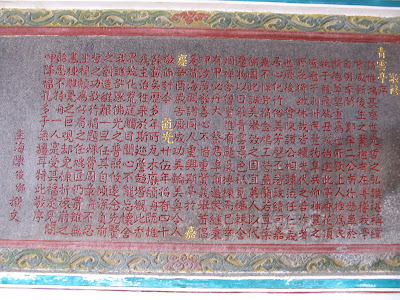 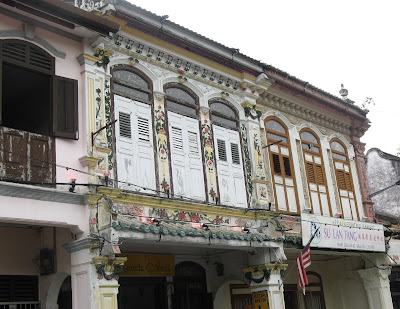 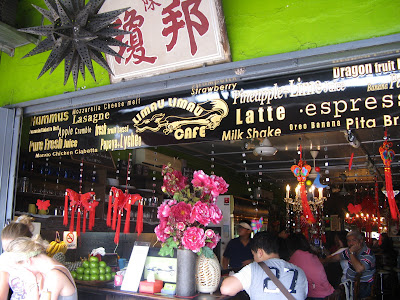 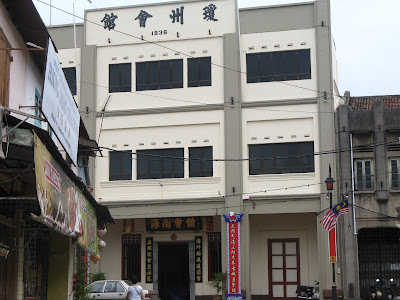 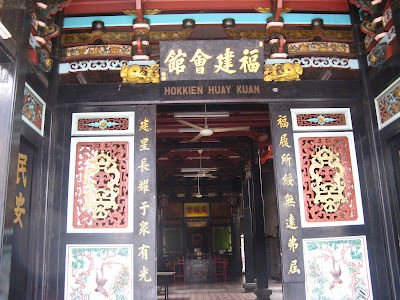 马六甲不只是一个低消费吃喝玩乐的地方，它还蕴藏着许多和新加坡历史一样有关华裔拓荒创业济世睦邻的动人故事。小镇的淳朴和七十年代的风情，不只是我的回忆，我相信它也会成为儿女们成长后一段当我们同在一起的回忆。
Posted by ....... at 12/27/2008 04:19:00 pm No comments: 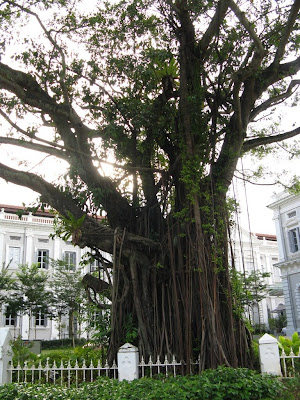 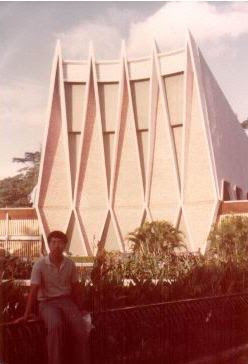 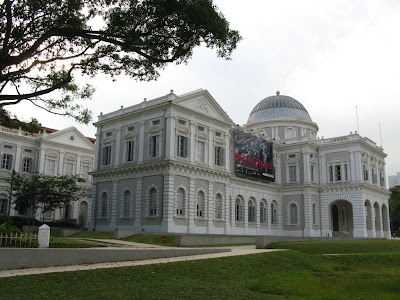 有意无意间我又回到榕树下，国家博物馆的老榕树。老榕树似曾相识，不过物换星移，我们又走多了一段人生路程。能够回到童年的地方参与社区工作是件好事，至少还有迹可寻，还有童年、还有城市的记忆。更可贵的是结交了一群还有一腔热忱的新朋友，将青春回馈给社会。有一天我们会像榕树一起老去，可是生而无憾，去亦无悔。
Posted by ....... at 12/18/2008 04:34:00 pm 2 comments:

Mount Ophir, 金山, known in Malay as Gunung Ledang. The summit, standing at 1276m above sea level, is located between the border of Muar (Johor) and Malacca.

Mount Ophir is the 64th highest mountain in Malaysia and arguably the most climbed mountain in the country due to its accessibility and challenging terrain.

Mount Ophir also has one of the higher climbing fatalities in the region of South-East Asia. From my own eyes, I witnessed two fatal incidents at the waterfall, 30 minutes from the foot of the mountain. I was told that there were also cases where campers were crushed by falling trees in separate incidents, hence camping at the submit is forbidden now.

Why does it call Gunung Ledang, Mount Ophir, and 金山 which means Golden Mountain?

Ancient history points to the mountain being the site of rich gold deposits, luring traders from as far as Greece and China. The name ‘Ophir’ is likely originated from the Hebrew language. In the 14th Century, the Chinese seafarers plying the Straits of Malacca called it ‘Kim Sua’ meaning the ‘Golden Mountain’. The Javanese during the period of the Majapahit empire named the mountain ‘Gunung Ledang’, which means ‘mount from afar’.

There is a popular Malaysian folklore.

There was a beautiful fairy princess, Puteri Gunung Ledang (Princess of Mt. Ledang) who lived in this mountain. The princess fell in love with the Prince of Gunung Rundok and they were eventually married and stayed on Pulau Besar (Big Island) at the Straits of Malacca.

One day while the Puteri was sewing, her husband sneaked playfully from her back to give her a surprise. She was shocked and accidentally poked the needle into her husband's hand, killing him on the spot.

Feeling devastated, the Princess returned to Gunung Ledang and vowed never to marry again till the day she dies.

Meanwhile, the beauty of the Princess of Gunung Ledang had spread to Sultan Mahmud, the ruler of Malacca. The Sultan decided to make a marriage proposal to her. A team led by Tun Mamat and consisted of Malacca's legendary heroes Hang Tuah and Hang Setia, was sent to Gunung Ledang. But at the foot of the mountain, the team encountered a heavy storm and could not proceed further no matter how hard they tried.

Eventually, Hang Tuah aged. Tun Mamat went alone through the dense forest and tough terrain, and finally reached the summit after much difficulties.

Tun Mamat was greeted by an old lady who was a servant of the Princess. Tun Mamat told her the marriage proposal. After disappeared to consult the princess, she returned and said: "The Princess agrees to His Majesty's proposal, provided that His Majesty will build a bridge of silver and gold from Malacca to Gunung Ledang, and grant the Princess the following wishes: seven trays of mosquito's heart, seven trays of mite's heart, one barrel of tears, one barrel of pinang juice, one bowl of His Majesty's blood and one bowl of His Majesty's son, Raja Ahmad's blood. "

Tun Mamat returned to Malacca with Hang Tuah and Hang Setia and presented the requests to the Sultan. His Majesty granted all the wishes except for the last, which put the Sultan into a state of dilemma as giving a bowl of blood from his young son would mean killing him.

After long days and restless nights of consideration, Sultan stepped into his sons room in the night, with a dagger in one hand and a bowl in the other. He approached his sons sleeping body, and as he drew close, the image of the Princess appeared before the Sultan and said to him that she could not possibly marry a man willing to wound his own son. And then she vanished, never to be seen again.

The wishes were just the Princess' excuses for not accepting the Sultan's marriage proposal, as she still deeply loved her late husband. The locals believe that the Princess is still living on the mountain today, and can only be seen by the Malay medicine man or the people who lost their way in the forest. The kind hearted Princess will come out and assist these people.

There is also saying that in the morning, the Princess would appear as a young and beautiful lady. By noon she has grown to become a mature woman and in the evening, an old lady. The cycle would repeat day after day, year after year. Princess of Gunung Ledang will never die.
Posted by ....... at 12/05/2008 03:07:00 pm No comments: