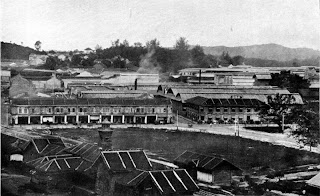 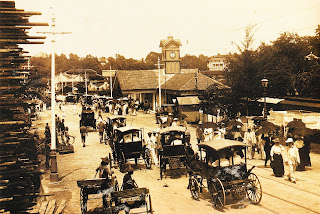 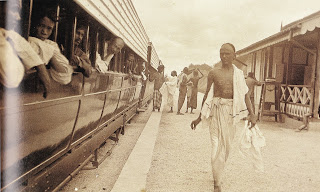 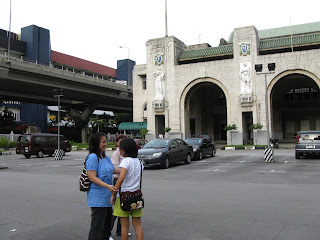 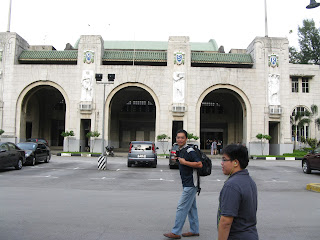 The POA （Points of Agreement）is a Government-to-Government agreement between Malaysia and Singapore concerning railway lands in Singapore. It was signed on 27 November 1990 between then Prime Minister Lee Kuan Yew on behalf of Singapore and then Minister of Finance Tun Daim Zainuddin on behalf of Malaysia. Under the POA, the KTM railway station would be vacated and moved from Tanjong Pagar to Bukit Timah in the first instance. The land at Tanjong Pagar would then be vested in a limited company for joint development (60% for Malaysia and 40% for Singapore). All railway lands south of Bukit Timah other than Tanjong Pagar would revert to Singapore. When the MRT station reached Woodlands, and that took place on 10 February 1996, KTM may within five years, move its station from Bukit Timah to a site in Woodlands adjacent or close to the Woodlands MRT station. In that event, two additional pieces of land in Kranji and Woodlands would be vested in the limited company also for joint development. All other railway lands south of Woodlands other than Tanjong Pagar, Woodlands and Kranji sites would revert to Singapore. .... 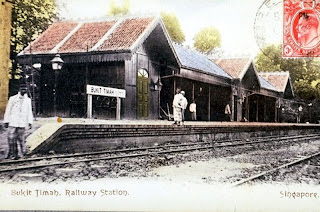 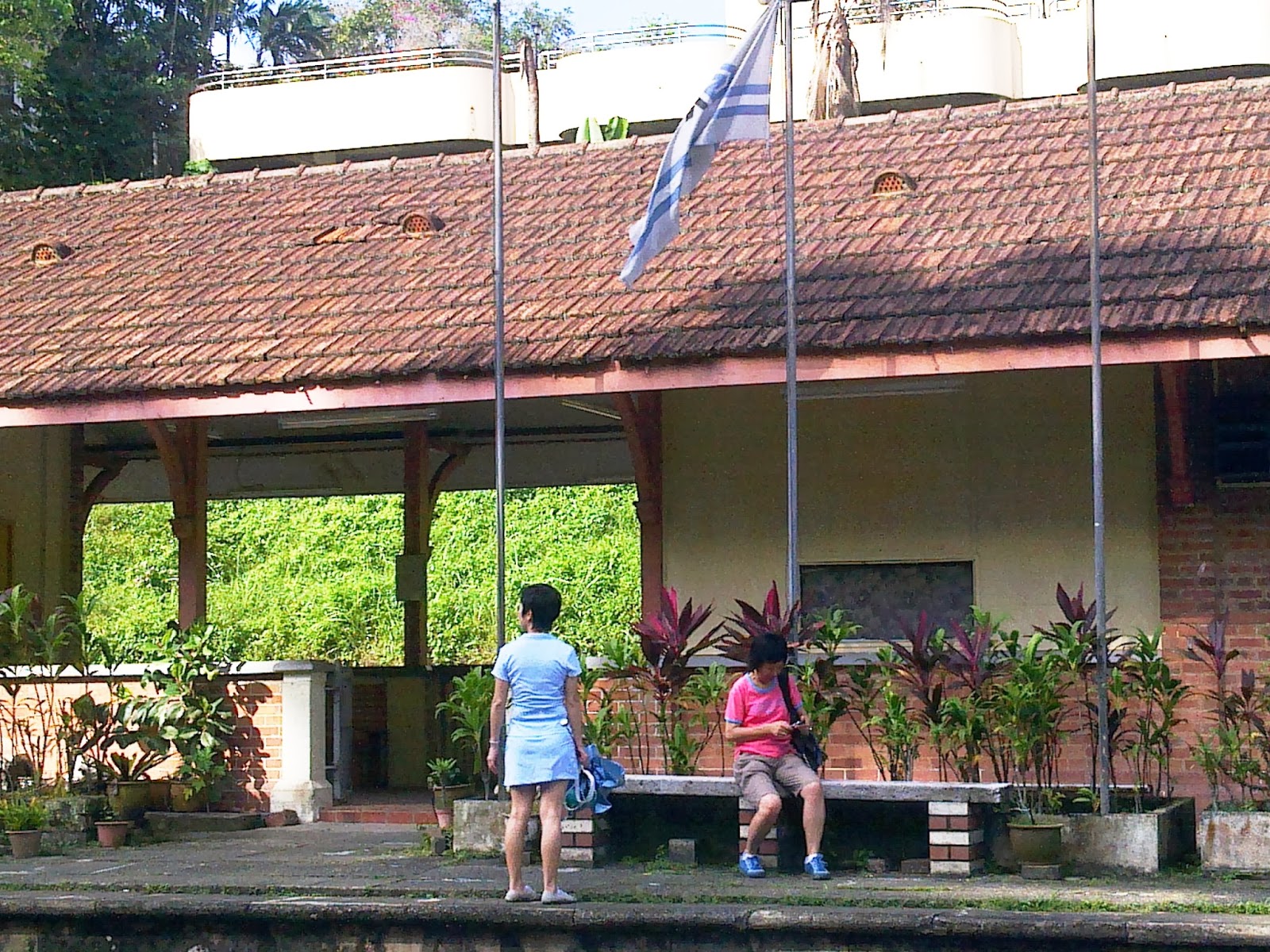 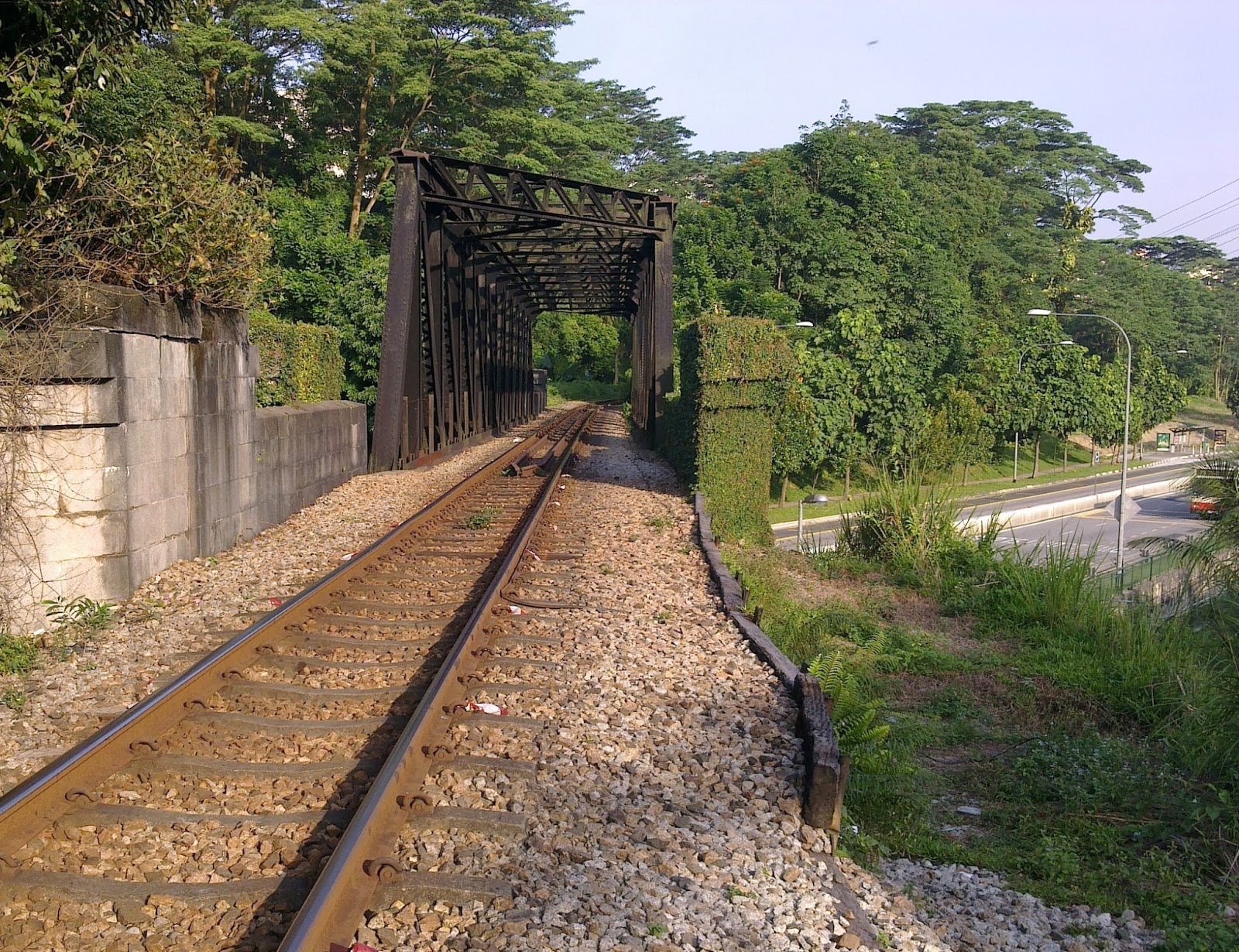 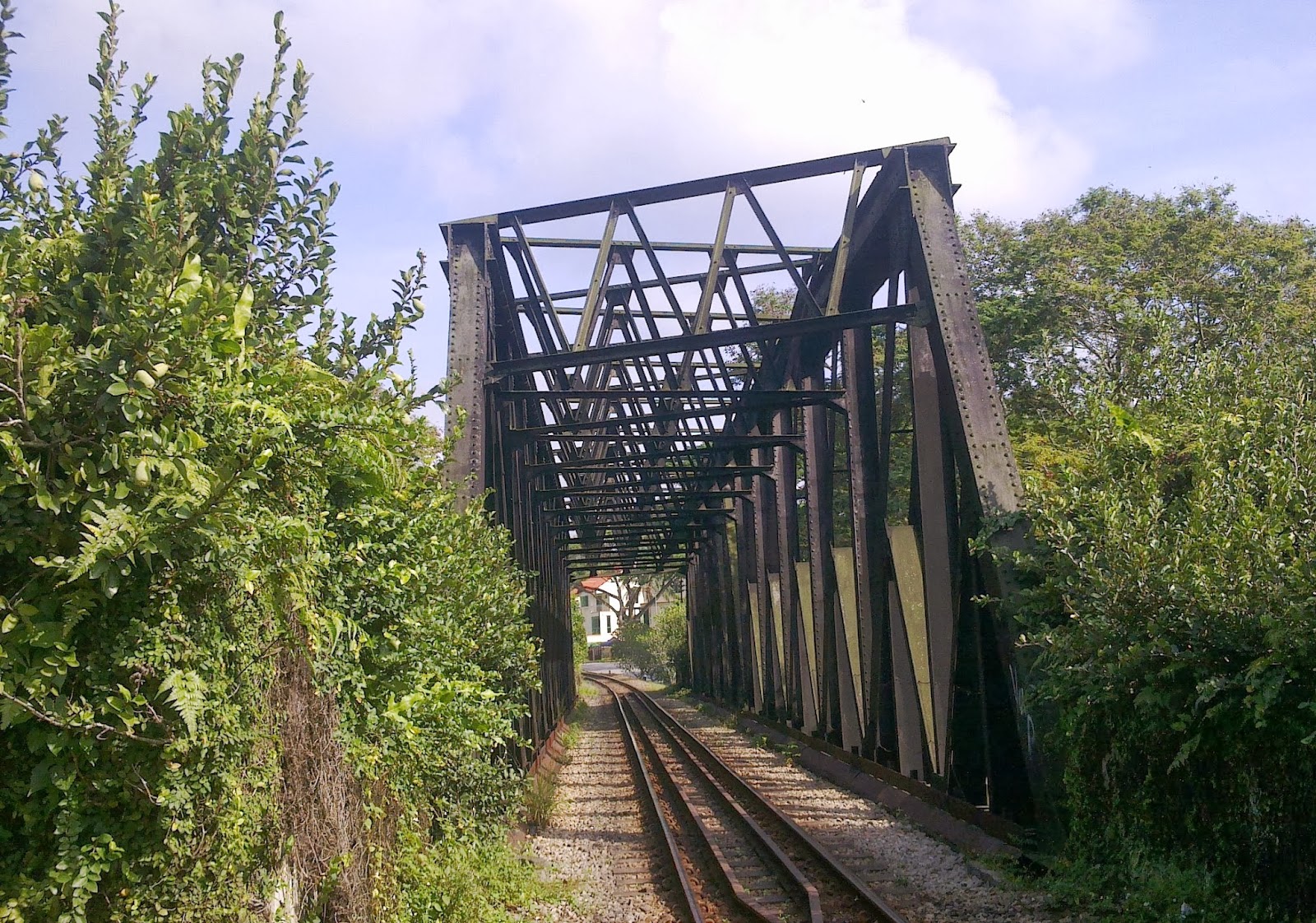 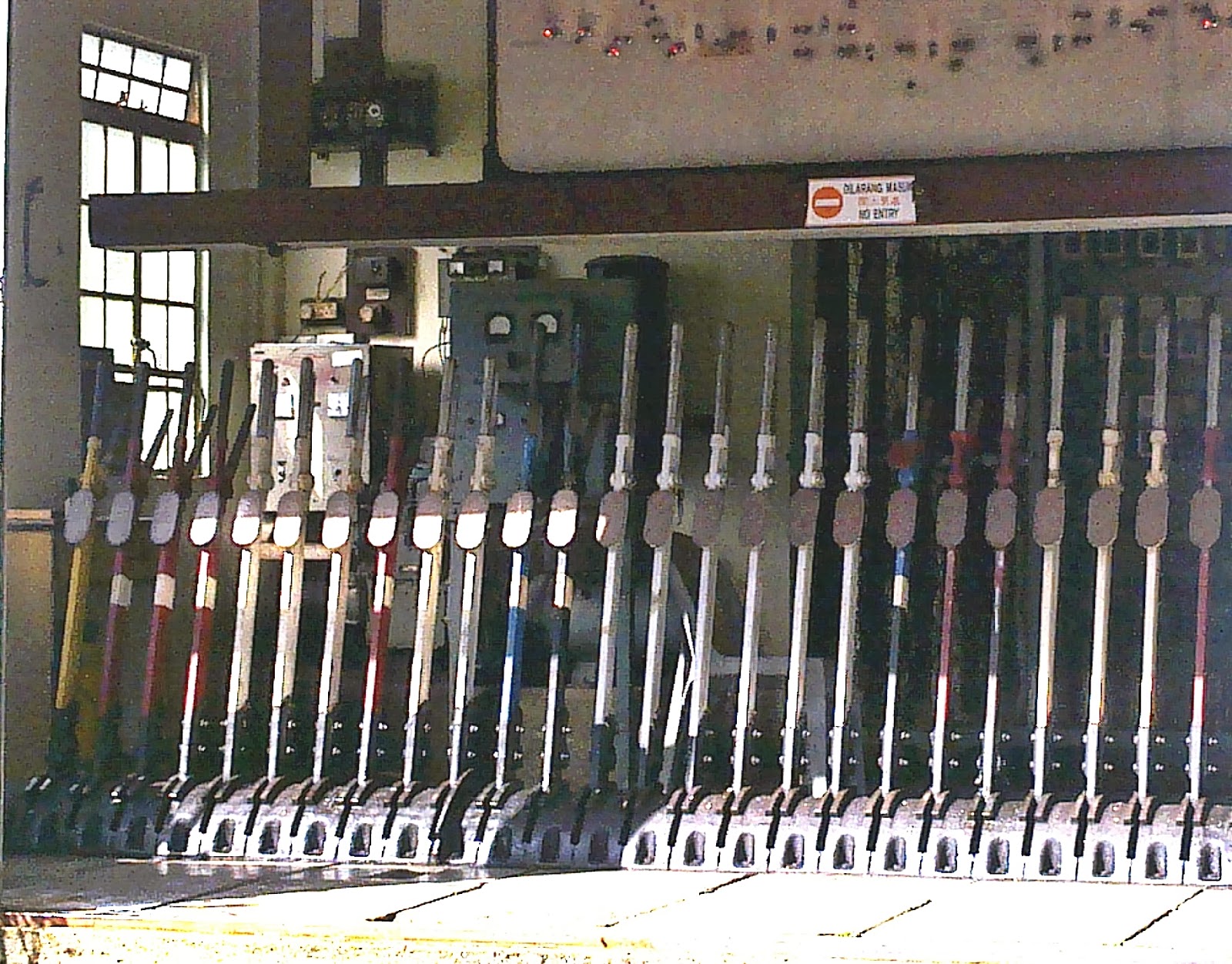 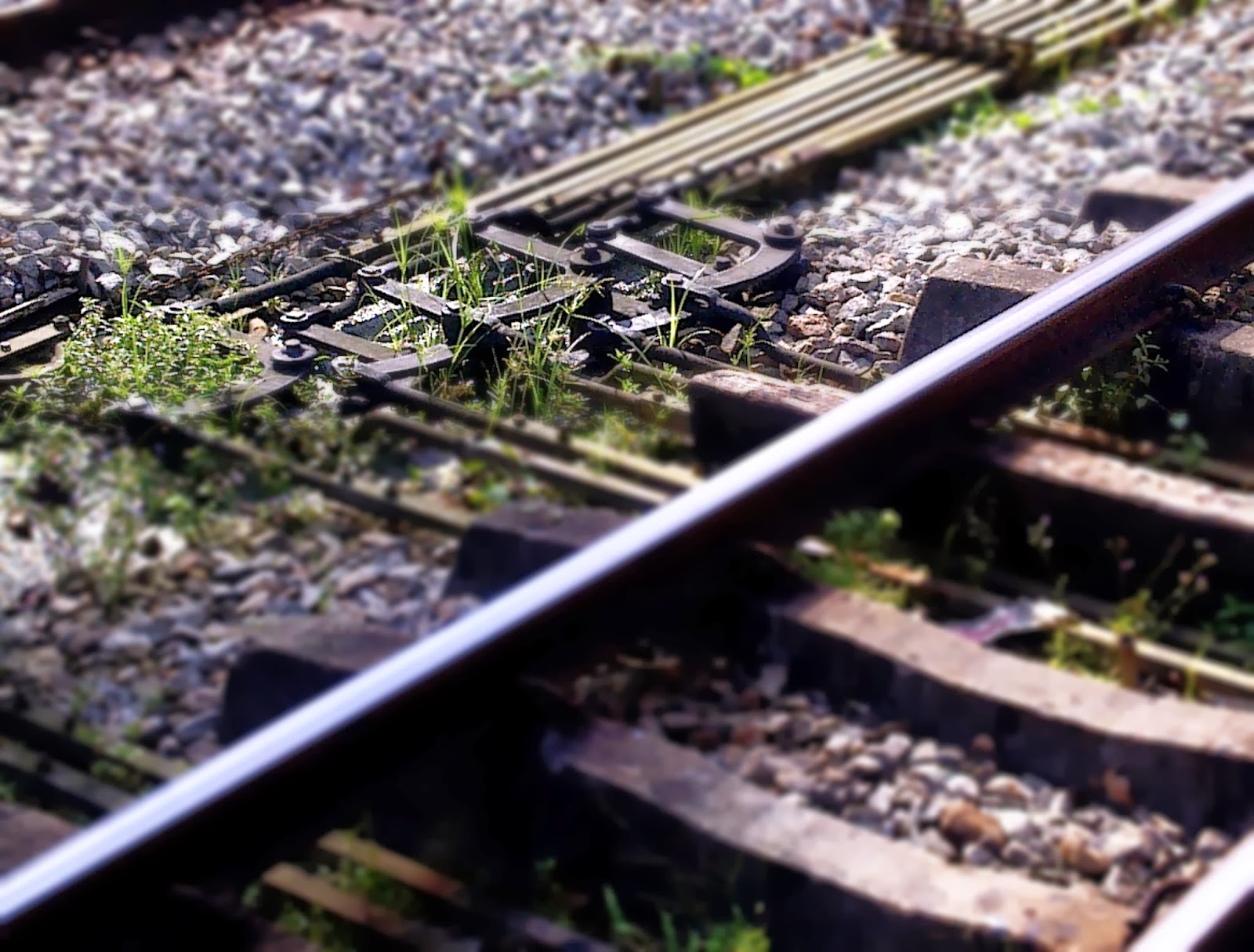 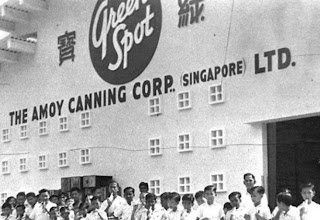 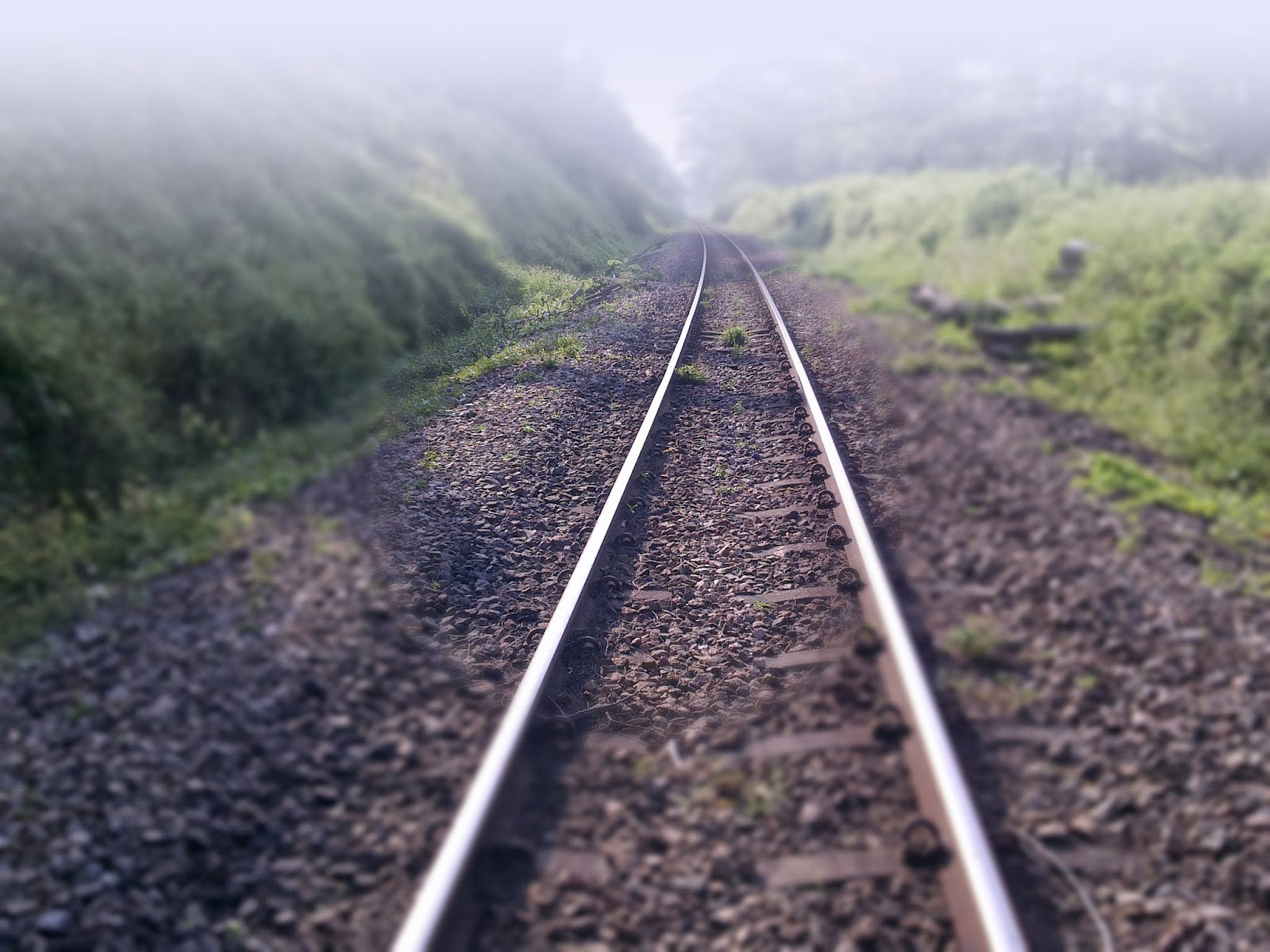 Email ThisBlogThis!Share to TwitterShare to FacebookShare to Pinterest
Labels: film and wayang, humanities, once upon a time

During a dialogue session with SM Goh in NTU on 29 october 2010, 23-year-old MAE final year student Lim Zi Rui asked if the Minister was aware that many young people no longer felt a sense of ownership in Singapore.

“When I was younger, I was very proud of being a Singaporean,” said Lim as reported in The Straits Times.

“But that was about five, ten years ago. Five years later, with all the changes in policies and the influx of foreign talent, I really don’t know what I’m defending any more.”
He said this was a view that many of the men he served with during National Service also held.

While Lim's view is representative enough among the younger Singaporeans remains a question mark, foreign workers and their impact on the heart landers have triggered some debates in Singapore. It would probably be politicised and become a hot topic for another general election to be held before February 2012.

Not sure if you had seen the film '2046'. It was a Hong Kong production played by Liang Chao Wei （梁朝伟）and Maggie Zhang（张曼玉）. 2046 is a year of the future, it is also a room number. For those people who went to 2046, their wishes were quite simple. They wanted to find memories. They wanted to search for eternity.

By 2046, would the city that we so used to live in today still be familiar to us again?

I grew up from a community made up of Chinese, Malay and Indian, and a small group of other origins such as Arab and Eurasian. My primary school days spanned between 1968 and 1973 which provided me a refreshing exposure to foreign talents. In P2, P5 and P6, a Hong Konger, a Vietnamese and a Cambodian joined my class, respectively.

While foreign students studying in neighbourhood schools are common nowadays, it was considered rare at that time. The Hong Konger wrote very beautiful Chinese calligraphy at the age of nine while I was still struggling to pick up this piece of traditional art. The Vietnamese was multi-talented in academic and sport, and the Cambodian was extremely hard working in his study. Within 8 months, he passed the PSLE and together, we went to the affiliated secondary school. 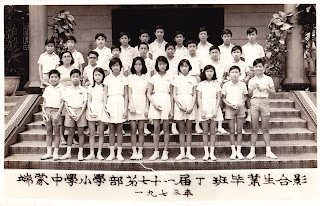 (Only the Vietnamese appeared in this class graduation photo. 1973.)
In that era, Malaysian made up of the majority of the 100,000 foreign workforce. They travelled across the causeway and contributed to the development of the newly industrialised nation. Many of them stayed in Singapore for years, some subscribed to PR and citizenship, some preferred to follow the traditional Chinese route, as falling leaves shall return to their own roots (落叶归根). Apart from Malaysia, India remained as a steady manpower supply source. Together with the smaller population who came from Bangladesh, Sri Lanka and Thailand, they built a contemporary city called Singapore.

In the 1980s, it was estimated that the nation's ideal population should be between 4.5 and 5 million. The aggressive internet technology defined a new world economy in the early 2000s. It had transcended the traditional boundaries and generated a group of international citizens. Knowledge workers were prepared to move out from their native roots in order to reap new opportunities. This unprecedented trend had led our planners to make a bolder estimate in 2006 for a long-term population of 6.5 million. Of those 6.5 million population, easily a third or more will be people who were born and socialised elsewhere.

This demography shift has sparked more changes among the resident community. The percentage of Chinese and Malay are dropping while Indian and other groups are growing. Singapore also accepted large numbers of newcomers whose socialisation did not include national experiences such as national service and the education system. 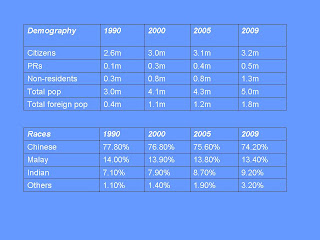 (Change of Singapore population 1990-2009)
With each passing year, the percentage of people who are citizens continues to decline as the new residents outnumber the birth of citizens by more than 2:1. By 2009 even the Malay community had dropped below its replacement level, with the overall figure at 1.22 children per family for the entire society.

In 2009, about 40% of the population in Singapore are foreigners who work and study here. Foreign workers make up 50% of the service sector. As more and different foreigners are absorbed into the population, Singapore's present multiracial model will be affected by these new groups and their new interests. For example, the new Indian and Chinese immigrants are not quite assimilating with the respective citizen groups and the conventional clans. They are creating new social communities.

In some ways such immigrations are a return to Singapore's roots. Singapore has a long history of immigration. The immigrant work ethic, willingness to take risks and adaptability are the key attributes to inspire the economy and society.


How about rewinding the time machine by 60 years to take a look at the “traditional demography” of Singapore population in 1950: 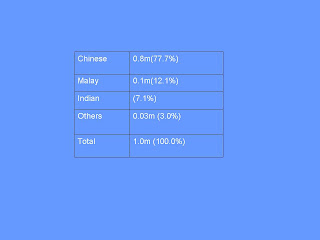 I witnessed another joyous Malay wedding near my house.

The Malay wedding is known as Bersanding, which means the sitting together of the bride and bridegroom. According to the customs, both the bride and the groom are treated as king and queen for the Bersanding day.

Although the Malay community in Singapore lives in a contemporary city, weddings still remain big, community affairs. This dates back from the kampung days when all the neighbours and relatives pitched in to help with the preparations and celebrations. Relatives from Malaysia, and sometimes Indonesia, also made the trip over to spend a few days with their relatives on the island.

In the old kampung days, tents were set up in the front yard for the wedding celebrations. Today, to accommodate the number of guests, the spacious void deck is utilized as the wedding venue. 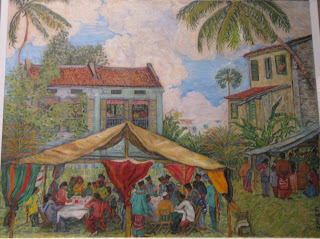 (Oil painting - Old kampung days, c.1960s)
Usually, the reception is held for 2 days. Dinner on Saturday nights and the main reception on Sunday afternoon stretch into the evening. Dinners are usually for close relative and friends to attend. Singapore Malay weddings are usually long afternoon lunches that stretch into the night. No set timing for the arrival or departure of guests. Friends and relatives come to greet the couples and enjoy the warm welcome, fabulous food, music and dance.

The arrival of the bride and groom is accompanied by a “kompang” troupe. They play the traditional Malay hand drum according to a distinctive rhythm and usually accompanied by songs praising God and Prophet Muhammad to shower blessings for the married couple. The groom is led by dancers to greet his bride. Malay martial arts “Silat” is played in front of the couple as it is believed that this would ensure that the “spirits” would show respect and would not disturb the couple throughout the day. 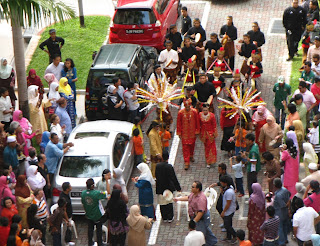 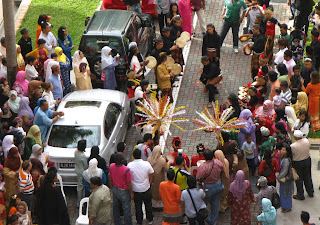 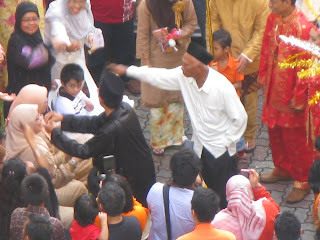 (Received blessing from the elderly, 2010)
There’s more to the Malay wedding than just the bersanding, which is really the height of the celebration. 3 days before the bersanding, the bride would take part in a henna-staining ceremony, where the couple’s fingertips would be stained yellow by henna oil to symbolise their upcoming nuptials. The day before, the couple would have a nikah ceremony to solemnise and legalise the marriage under Islamic and civil law.

Bersanding at HDB void deck is an unique Singapore feature. Since the inception of HDB in 1960 and introduced the void deck design for HDB flats since 1970, the HDB void deck has taken on a life that goes far beyond what was originally intended. Originally designed as a common space for social activities and shelter, void decks have since been used as valuable external social space for residence to meet, talk and possibly gossip. 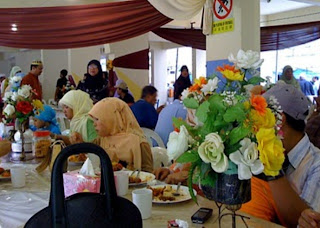 (Typical Bersanding's setting at void deck)
HDB void deck is a place that we pass through, a space that we sit and wait, an external area where we meet people for a brief chat. It contains most of our daily activities. Interestingly, it is also a symbol of the 'circle of life'. The same void deck could be dolled up overnight for a happy Malay wedding and covered up the next day for a sad Chinese funeral. In between, it has also played host to teenage boys practising street soccer, and the odd toddler trying out his new tricycle. 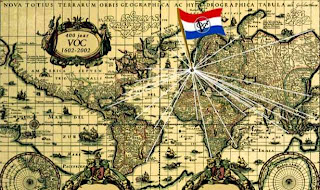 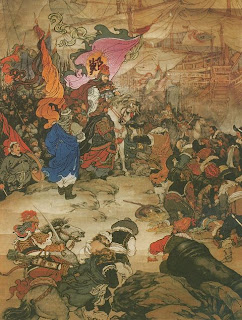 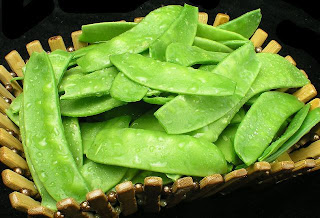 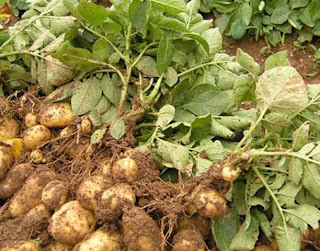 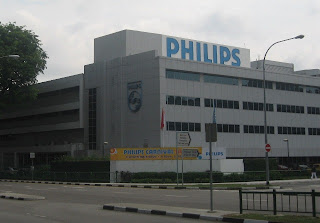