我的冠病经验 My experience with Covid 19 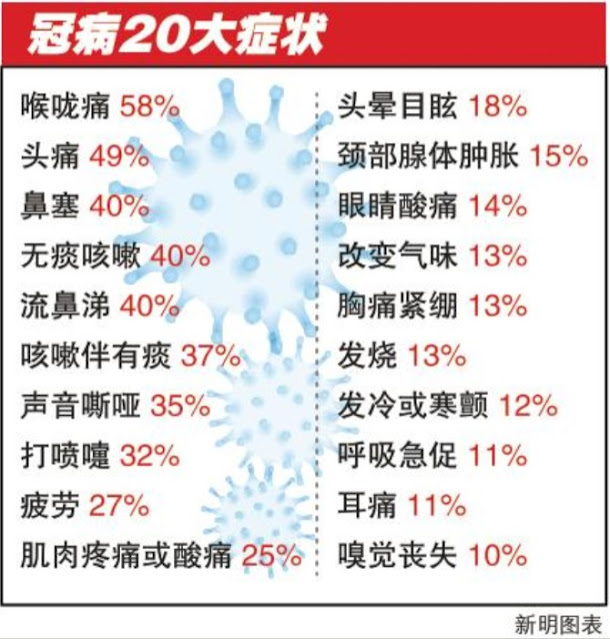 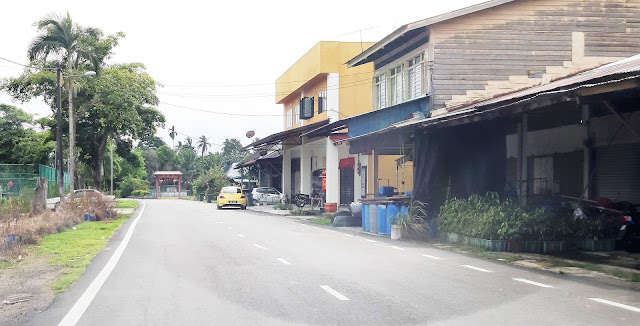 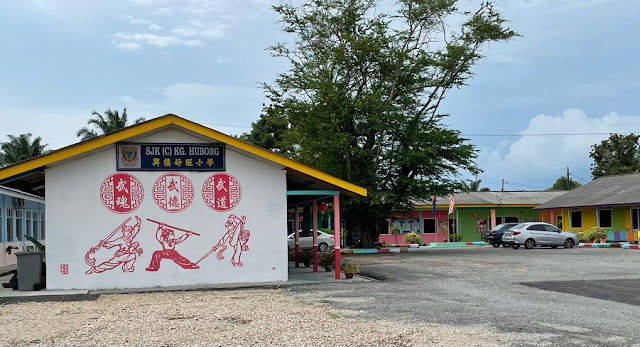 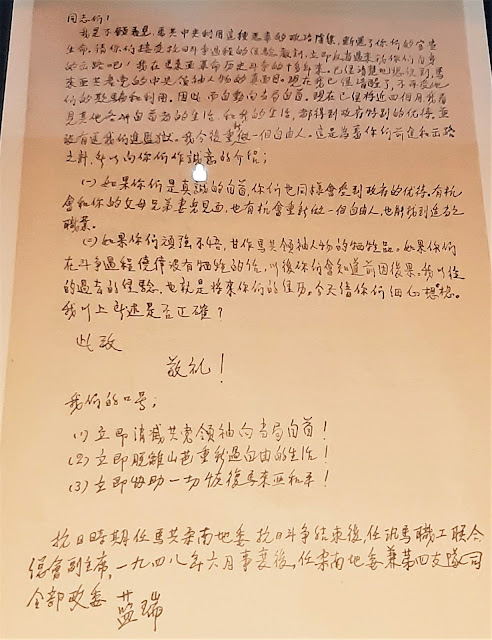 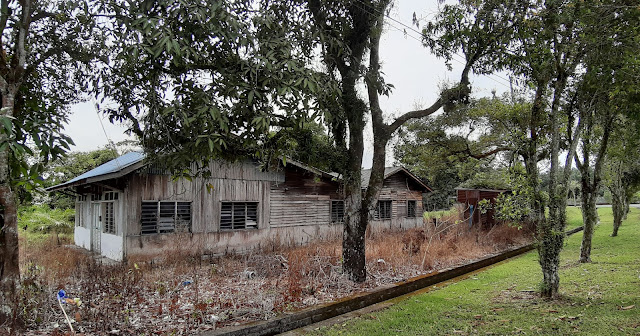 This article is translated from 李国樑，《理发也筹赈---二战前后的男士理发业》published in Lianhe Zaobao, 24 February 2022.

At the beginning of the 21st century, $10 quick cuts were introduced from Japan. Some men hopped in to try out the new trend that turned away from tradition. Today there are no less than 100 echouse, QB House and Kcuts unisex haircutting outlets in Singapore.

The traditional men's 'full course' haircutting takes more than an hour, including shampooing, ear-picking, nose-hair trimming, shaving, facial compresses and shoulder massage. Indian barbershops do not touch the ears or nose, but rather win over customers with their unique technique of 'necks and shoulders loosening'.

In contrast, contemporary fast-cutting shops take only 10 minutes. They are clean, hygienic and do not perform anything additional other than haircuts. They are forcing traditional barbershops to the end of the road in the face of the Covid pandemic.

Before Singapore's independence, the Chinese male hairdressing industry was mainly run by the Hainanese, Cantonese, Henghua and Fuzhou people. There was a popular saying about ‘Fuzhou men’s three knives’: the kitchen knife of a cook, the scissors of a tailor and the razor of a barber.

Through James Lau (a retired civil engineer who managed the OCBC and UOB construction projects), who is in his 80s, recapturing the life of his father, and complemented by recordings and old newspapers, it is possible to retrace the lost time of the yesteryears through the eyes of the men's hairdressing industry.

Growing up in China during the warlord era, Liaw Ching Sing took a boat from Fuzhou to Xiamen and board a steamship to Singapore. He described the Singapore’s street scene as "mostly bullock carts, horse carts and rickshaws". He was 19 years old then.

Not every Fuzhou master brought his special razor skill to the South. Anyway the skill for trimming a man's hair was not too demanding in that era. A pair of steady hands was the key. Liaw passed all  the three levels within a week and served as a full-fledged barber. The first level was to treat a soft drink bottle as a human head, practising until the scissors did not cut the comb and the comb did not touch the glass bottle. The second level was to practise trimming along the inner edge of the bottle. The third level was to master the skills of the razor by shaving own feet until the skin did not turn red or bleeding.

Changes before and after the Second World War

About six months after the founding of the Singapore China Relief Fund Committee (SCRFC), the Hainanese established the Singapore Chinese Barber Association for barbers of all dialect groups. The slogan "no compromise, no surrender, strive to recover all the fallen Chinese lands and achieve national liberation" can be seen in the commemorative photo taken outside the Great Southern Hotel (南天酒楼). It clearly showed that the barbers were just as indignant as the other local Chinese at the time and had never forgotten their national hatred. 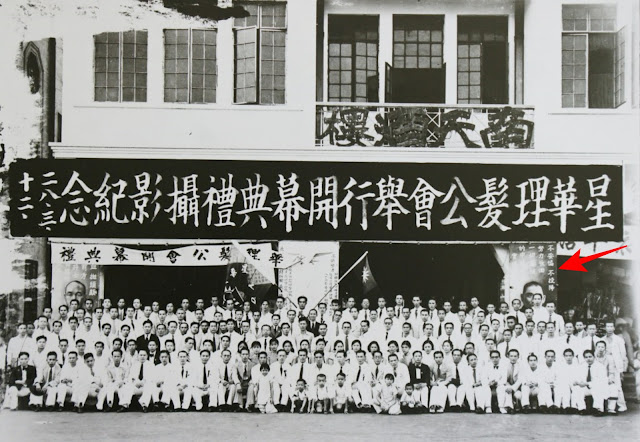 The slogan "no compromise, no surrender, strive to recover all the fallen Chinese lands and achieve national liberation" can be seen in the commemorative photo taken outside the Great Southern Hotel (南天酒楼)

The barbershop was frequented by many Japanese soldiers. They were deployed to other war zones later and Nando became quiet. However, the locals did not want to cross the threshold and preferred to stay away from those appointed shops including Nando. 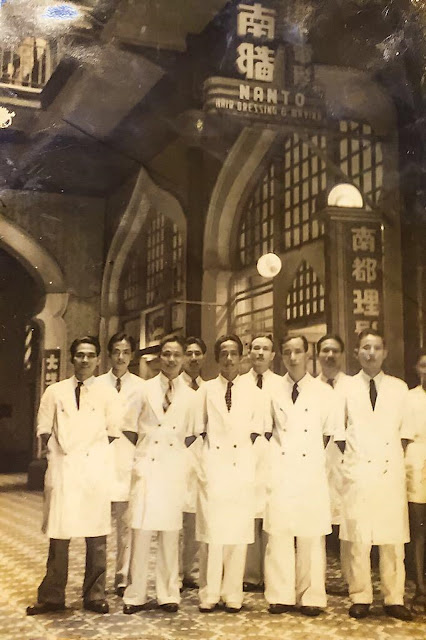 Nando Barbershop, located in The Arcade opposite the Clifford Pier, was chosen by the military government. Liaw is the 3rd left of the front row

At the end of the Second World War, members of the Malayan People's Anti-Japanese Army (MPAJA) returned to Singapore. Many barbers were MPAJA partisans and played a key role in reshaping the barber trade. Two important reforms were introduced to improve the quality of life for the barbers: Firstly, the opening hours were reduced by four hours from 7am to 5pm, All barbers will have one day off each week.  Obviously, the working hours was much better than before of which only having the Lunar New Year off. Secondly, the monthly salary was replaced by a shared-income system. Considering the owner must pay for the shop rental, utilities and barbering tools, the owner and the staff would split in 30/70, while a poorly equipped barbershop would split in 20/80. If  the owner provided food it would be 50/50.

In 1948 when the Emergency Ordinance was declared in Malaya and Singapore, the joint workers' and employers' associations were ordered to dissolve. The Hokkien Barber Association, of which Liaw was a member, was replaced by the employer-based Singapore Barber Association. As the head of the association, Liaw often spent more time holding meetings, setting rules for the trade and resolving labour disputes than taking up the razor.

In the face of fierce competition, some owners deployed young female barbers to attract customers. For instance, by the time James’ sister was 15 or 16 years old, she was already wielding the scissors with ease and had become the designated hair stylist for many of her regular customers.

According to the Straits Times in 1949, young women accounted for one-third of the approximately 2,000 barbers in Singapore. Indeed, many old thinking had changed after the Second World War and women began to enter the workforce at a rapid pace. Hairdressing, make-up, dressmaking, the police force, schools, offices and rubber factories, all attracting a new generation of women.

In the 1950s, when the barbers could not reach an agreement with their bosses, they often resorted to the tactic of slacking off with the support of workers from all wards. The supporting contingent took turns to crowd the shops, smoking and chitchatting. The bosses were unable to carry out their usual business and more often than not, had to return to the negotiation table.

Some members violated the rules of the barber trade by reducing prices in order to attract customers. When the association failed to persuade the members to stop such practices, secret societies were hired and always proved to be effective.

In the days of the anti-Japanese relief effort, Liaw teamed up with barbers in the Jalan Besar area to form the China National Liberation Youth Group (中国民族振兴青年团). The main activity was to mobilise young people to sell flowers. Liaw also acted individually in the evenings to punish the "traitors" who sold Japanese goods. Liaw was also one of the key members of the Second Special District of the China Relief Fund Branch. Based at the shophouse on Foch Road, Liaw was working with the Cabaret Girls' Association. The fund raised was particularly impressive due to the presence of the New World cabaret girls and the star-studded sisters Liang Sai Zhen (梁赛珍) and Liang Sai Zhu (梁赛珠).

The Liang sisters were nicknamed the "Shanghai girls". Liang Sai Zhen, the elder sister, became a popular actress in Shanghai at the same time as Ruan Lingyu (阮玲玉). Liang Sai Zhu was introduced to the film industry by her elder sister and acted in the film "The Four Sisters" produced by Lianhua Co.. After the outbreak of the Sino-Japanese War, the two sisters fled to Hong Kong and were subsequently hired as dance hostesses at the New World Cabaret, Singapore. They worked with Huang Feng Yi (黄凤仪), the chairperson of the Singapore Cabaret Girls' Association and the pillar of the New World Cabaret, as well as other dance hostesses such as Chen Yu Lan (陈玉兰) and Hua Yu Lan (花玉兰), to raise funds for the cause, including the auction of dance tickets and jewelry, and charity performances of Cantonese and Peking opera in Singapore, Penang and Kuala Lumpur. The cabaret girls, who worked in the three worlds, were publicly praised by the Acting Chairman of the SCRFC, Tan Ean Kiam, for their "tender heartedness in changing dependency and worthy of the times". 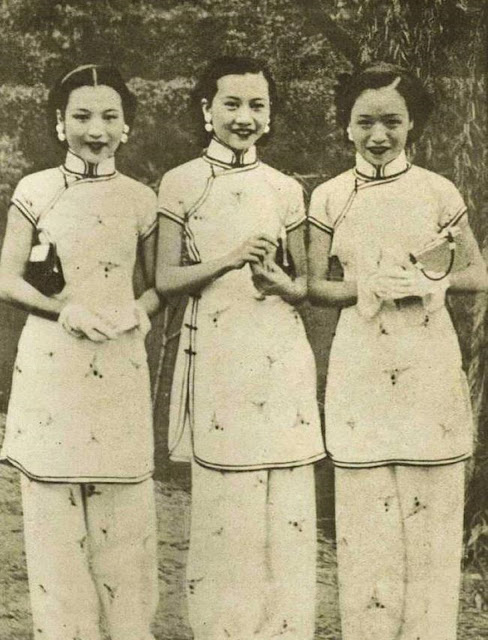 The patriotic film "Tears of War" (战云情泪), co-starred by Liang Sai Chu, Ng Cho Fan (吴楚帆) and Lu Dun (卢敦) in Hong Kong, was facing several twists and turns in Singapore. Eventually it was allowed to be screened locally at the Overseas Chinese Theatre (Siu Po) and Glorious Theatre (Happy World), as well as Shaw Cinemas' Oriental Theatre (Tai Po) and Atlantic Theatre (Great World). Liang played a part in boosting the popularity of the film for fund raising.

After the fall of Singapore, key members of the Relief Committee were targeted for prosecution. Liaw was imprisoned at the Siong Lim Sawmill Factory next to the Rochor River. Three days later, Liaw took advantage of the fear of transmittable disease of the Japanese Kempeitai and managed to escape by supporting his severely injured comrade, who was nestled in a mass of houseflies on his inflamed wounds. On the other hand, the last steamship, the Imperial Star, supposedly ferrying women and children to Australia, was taken over by gun-wielding runaway soldiers. Failing to board the last ship,  the Liang sisters went into hiding in order to save their own lives.

When the end of Second World War finally dawned, Liang Sai Zhu involved in the charity work of the Xing Hua Orphanage (星华孤儿院) and Liang Sai Zhen became the manager of the Dragon and Phoenix Dance Palace in the Great Southern Hotel. The barber and the New World cabaret girls had never forgotten each other in the midst of the great era. 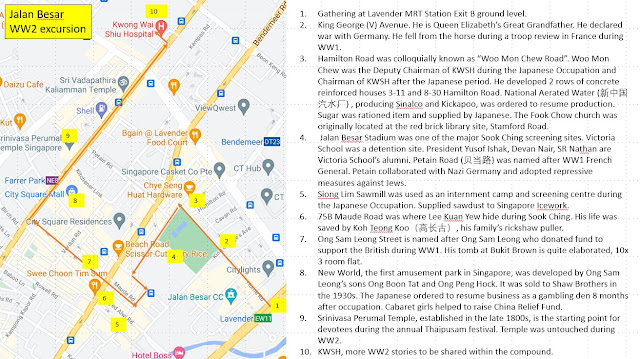 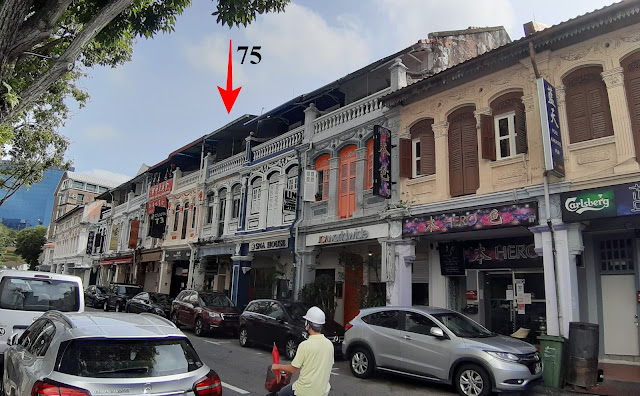