How much does ten cent worth? 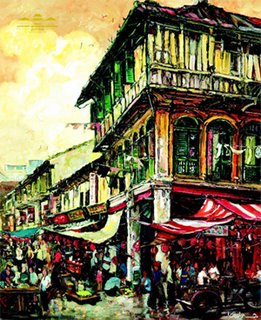 The debate in importing foreign talents has turned on. We have a deficit in the population and there is a need to augment it by actively encouraging a policy of selective immigration , otherwise in the future we will face a demographic nightmare in the shape and form of the law of minimum.

The debate in cost of living is on-going. Cost of living is a tremendous subject to grapple with, especially when there isn't an obvious social safety net to help to battle the loss of income.

The fear of majority of the foreign talents who have no root nor heart to stay on to help the local, but only grab the goodies and go is something real. The 1999 Asia financial crisis was the major setback of the Singapore economy in the recent years. Foreign talents packed up and left. The local weathered the storm.

We sank in multi-million dollars to fund John Hopskin. We have yet to measure the true return. We sank in huge sum of money to perform fire work every national day and other occasions. How could this money be channeled to help people to weather the rising living cost?

In the 1970s when I was a poor student, I felt the impact of every 10 cent rose in bus fare and every 5 cent rose in coffee on my daily life, let's alone the 50 cent rose of hawker food and 50 dollar rose in tuition fee. How to minimize the impact? Alighted two bus stop earlier to save that 10 cents, drank less ate less to save that 50 cents. Having said that, tuition fee could not be avoided. Study was the way to get rid of poverty.

In the 1980s when I returned to school as a mature student funding my own study to realise a childhood dream, I still felt the impact of 200 dollar rose in tuition fee. I drew from reserve, which was the CPF saving to finish the university education.

Am I complaining? From a macro-level, controlled cost rise is beneficial to the society. The upper rung would benefit most from it. The rich would become richer. This is the fact of life. From a micro-level, you have to take care of those who are directly facing the impact. To them, every 10 cent counts. This is the opposite fact of life.

To survive on your own. I thought that is the right sentiment. Does anyone owe you a living? Probably not. 自力更生, self-reliance, that was what my dad told me when I was young. I am passing the same message to my children. Equip yourself with the right skill, knowledge and passion, there you go. Passion, Passion, Passion. With passion, you will see light at the end of the tunnel. That definitely worth more than 10 cents.
Posted by ....... at 8/30/2006 10:18:00 pm 5 comments: 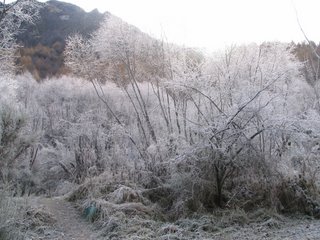