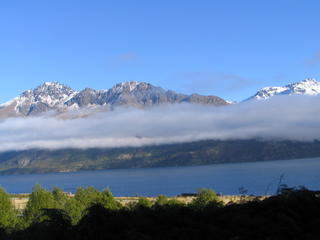 I feel regret that I did not pick up Taiji in my earlier years. I only started learning Taiji at middle age. In the process, what I have picked up is not just about the martial art. More importantly is the philosophical thinking behind Taiji - a theory about ying-yang, beyond ying-yang, and tracing the origin of the universe.

Why am I thinking about all these? Perhaps is a transition to old age?

阴阳的变化，犹如强大的动力，激活了宇宙间的“精”，从而产生天地，产生了人类，他们与道并存，老子把这个过程称为“二生三”，所谓“三”，即指天、地、人三才。宇宙间有了这三种东西，万物得以资生，即通过阴阳运动生成新的统一体后，生化出世界万物，老子把这个过程称为“三生万物”。在对道生化天地万物的整个过程做了描述之后，老子总结说：“万物负阴而抱阳，冲气以为和。”明确地指出，天地万物皆内涵阴阳，阴阳二气又在冲和之气得到统一，万物亦在冲和之气中得到生养。这段话语简直是对宇宙演化进程的一种朴素而形象的描述：从无形无象的道，演化出气态宇宙，演化出固态天地，乃至形形色色的物体；从固态的无机物中，又衍生出有机物，乃至千异百态的生命体，其生成毁灭的根本机理便是阴阳两种原素的变化。在整个宇宙生成链的各个层次上，阴阳是万物生成、生命流动的活力，大道则是贯穿始终、通达万有的根本，老子把它形容为“玄妙之门”，不是非常贴切的比喻吗?
Posted by ....... at 8/26/2005 09:59:00 pm No comments: Links to this post 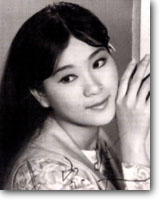 Collected the two tickets of 剑雪浮生 and gave them to father. To him, 剑雪浮生 is not just about 任剑辉，白雪仙和唐涤生, it is also about 陈宝珠, a character that could never be forgotten if you live through the 1960s, and there are much more...

陈宝珠 left the public scene since 1972 but made a return for her master 任剑辉 in 1999. Now, she is bringing 剑雪浮生 to Singapore in September.

For the generation like my father, 陈宝珠 carries another meaning of fond sentimental value of the past, something that can be associated with. When I passed him the tickets, I could smell the spark in his eyes, and the excitement in his old heart.

When digging deep into my heart and soul, I would say that the main reason is deep memory. London is a place that I can connect and associate with. It has a big heart that contains the new and the old, the gentle and the odd. Wherever I step on the street of London, I can find the familiar architecture, I can find my old sentiment, I can recall the fond memories that my wife and I commonly shared.

People may condemn the NHS system, especially those that are not so exposed and only rely on a single source of information. The fact is, my son was born in London, premature with a body length of a pen, and lifted up by me with just two fingers. He survived through the medical care. He discharged from hospital on his perceived birthday that supposed to be. I have no complaint.

People may condemn the transport system, again for those that are not so exposed and only rely on a single source of information. Imagine the network built on the 100-year infrastructure, imagine the 60 over languages co-exist in the same underground that you and I have hopped in. You see what is cosmopolitan. There are many X-factors that we are lacking. Don't always think that we are number one. In many areas we are lagging far far behind. We can be more humble than we are.

Back here, I am actually in a lost city. My old house became a piece of flat land and now is a busy road. My childhood memory is rolling across by cars after cars, days after days. We embrace the modern architecture of the new national library. But it did not grow me. The old library built with red bricks that sat in a quiet corner of the busy Stamford road did! I can't associate the city with my personal past. My heart is quite hollow. We can't build our future by forgetting the past. Can we??

I think I have done a good job by giving the two tickets to my father. For that moment, I brought happiness to him. Happiness is actually so simple!

Email ThisBlogThis!Share to TwitterShare to FacebookShare to Pinterest
Labels: film and wayang, happiness, once upon a time

There is always a beginning 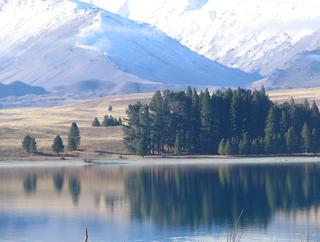 I first visited this fun land in 1992 when I was at the age of 31. It was a childhood dream that realised in a much later year.

13 years later, I stepped on the fun land with my wife and children.

Dreams after dreams. My next dream is to share the fun with many others through e- blog, a skill that I dream to learn and to master.