Whenever I asked Eugenia to name the city that sinks deepest into her heart, she would mention London without a single second of hesitation. It is understandable as we spent our most precious time in London once upon a time in the early 1990s. We spent our weekends exploring the city and culture during that honey year (not honey moon). We also gave birth to our first baby in the city where the local teased it as “a first class city with third class infrastructure”. In late 1990s, we florished with two children and stayed in London again for a year.

The city of London is quite well conserved. For our subsequent visits, we had no problem in going around the various corners to rewind the time. The changing face of Docklands is a separate matter. They have now been redeveloped for commercial and residential use.

Our memories of Docklands fell back on the street names such as Cinnamon Street, Penang Street, Manilla Street, Taeping Street and Mauritius Road. They are perhaps the best indicators of the spice-ridden eastern heritage.

Further down the Theme river in Greenwich, the Cutty Sark was the only surviving tea-clipper to have emerged from this once teeming dockyard. The 64m Cutty Sark was a legend of the past glorious. It was built in 1869 and sailed between London and China. The ship provided historical evidence of the importance of tea in 19th century trade and cultural life. 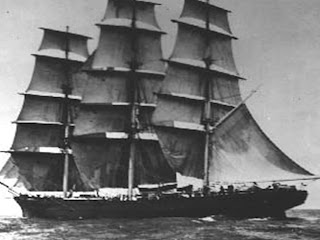 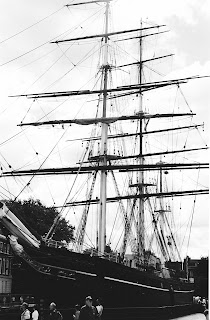 (Cutty Sark, year 2000, Greenwich)
In 1600, the international HQ of the East India Company (EIC) was established at East India House in Leadenhall Street near the famous Tower Bridge. However, EIC can only find itself now in the archives of the National Maritime Museum, Greenwich. A great deal of imagination is needed to recapture its past.

The sea-born trading company was begun in 1600 to challenge the Dutch-Portuguese monopoly of the spice trade. When Queen Elizabeth I granted EIC its first royal charter, its initial activities remained fairly limited, and it only began to develop in the later 1600s after having ventured into the previously unknown Indian market. 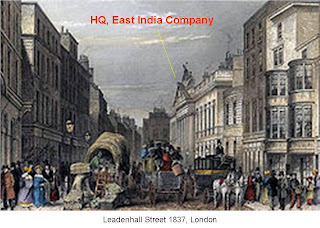 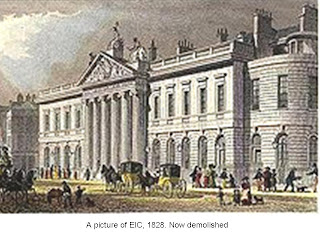 The Mughal Emperor, Akbar, was aware that his realm was being slowly strangled by the Mahrattas in the south, the Gorkhas and Sikhs in the north and west, and the Spanish and Portuguese at sea. He was happy to grant a trading franchise at Hoogly River to the British after hearing of the enmity between Britain and Spain and receiving a report of how an English ship had sunk three Spanish galleons in Surat Bay. 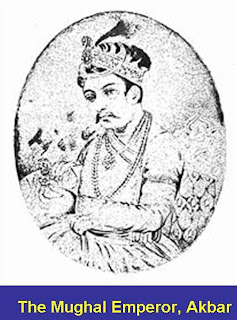 Eventually, Calcutta was born and became the focus of the EIC’s activities into Bengal. During the 18th and early 19th Centuries, EIC consolidated its operations in India around three ‘presidencies’ at Bombay, Madras, and Calcutta. Penang and Singapore came under the Calcutta Presidency. Singapore began to establish itself as a major trading port and attracted massive immigrants from China and India. Singapore began to florish then. 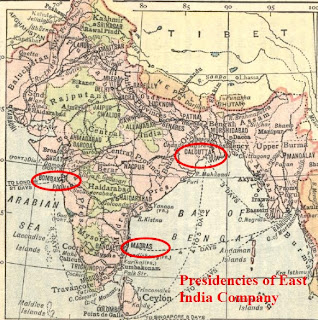 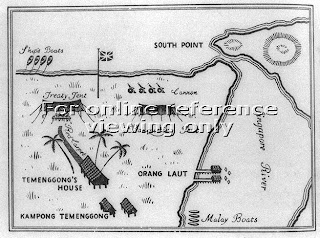 (The British Flag was planted at the South bank of Singapore river by the EIC, 1819)
The 18th century wars such as the Wars of the Spanish and Austrian Succession, left Britain with a dominant role in Asia. After the French Revolutionary War and the Napoleonic Wars, Britain’s world-wide role was effectively imperial. Thereafter its position on the seas and docks of the far-east became more and more unchallenged.

The EIC had a number of sea routes from London to the shores of Guangzhou in mainland China. These included several key stop-off points on the way where ships would change sailors. This provided the ships with a constantly renewed crew, and a great deal of human movement and cross-cultural exchange between countries for two hundred over years. The key stop-off points on these routes included the Cape of Good Hope, Somalia, Yemen, Zanzibar and the East African coast, the Bay of Bengal, the Malay Archipelago (Bencoolen on Sumatra, Penang, Singapore and the Spice Islands) and Guangzhou. Later routes took in more of the Indian coast and the Arab world. 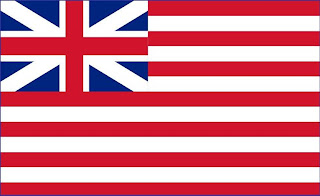 (The EIC Flag)
A large part of the trade goods from these ships were woollen cloth and manufactures from Britain in exchange for sugar, tea, coffee, silk, cotton, and china porcelain. Britain had also developed a reliance on spices (especially cloves, cinnamon, ginger, pepper, and nutmeg). Spices was an important commodity in the trade with India and the Spice Islands.

In the 18th century, Britain had a huge trade deficit with Qing Dynasty China. In 1773, EIC created a British monopoly on opium buying in Bengal. As the opium trade was illegal in China, EIC ships could not carry opium to China directly. Instead, the opium produced in Bengal was sold in Calcutta on condition that it would be sent to China.

Despite the China government reaffirmed in 1799 the ban on opium imports, opium was smuggled into China from Bengal by traffickers and shipping agencies averaging 900 tons a year. By 1825, most of the money needed to buy tea in China was raised by the illegal opium trade. In 1838, with opium smuggling approaching 1,400 tons a year, the Chinese imposed a death penalty on opium smuggling and sent a new governor, Lin Zexu(林则徐), to curb smuggling. This resulted in the First Opium War (1839–1842) and led on to the Second Opium War (1856-1860). 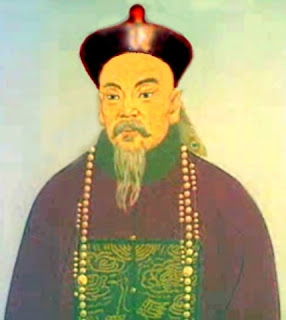 (林则徐)
China lost both wars and was forced to sign the Treaty of Nanking (南京条约)and the Treaty of Tianjin（天津条约）, also known as the Unequal Treaties（不平等条约）, which included provisions for the opening of additional ports to unrestricted foreign trade, provided British with extra territorial rights and cessioned of Hong Kong. British achieved its strategic objectives through the Opium wars: legalising the opium trade, expanding coolie trade, opening all of China to British merchants, and exempting foreign imports from internal transit duties. The opening of ports and coolie trade had benefited Singapore and eventually settled the population demography. This proportion of three major races (Chinese, Malay, Indian) has more or less achieved its fine balance and enabled Singapore to move on then, now and probably the near future.

To protect EIC ships against piracy, the merchants in London commissioned a special type of ship to sail to the Indies: a merchant vessel armed like a warship. This gave born to the famous East Indiamen. Soon its ships were collaborating with the Royal Navy in hunting down pirates in the Indian Ocean, Malay Archipelago and the South China Sea.

The British government became concerned with the power of the EIC. In 1784, the new Prime Minister, William Pitt convinced King George III and Parliament to accept a new India Bill. This measure created a new Board of Trade and helped to transfer the political, financial and military power of the EIC to the British government. The EIC found it more and more difficult to make a profit from its activities. In 1834 the EIC ceased trading and instead acted as a managing agency for the government. The EIC finally closed its curtain in 1873 and Lloyds took over East India House. 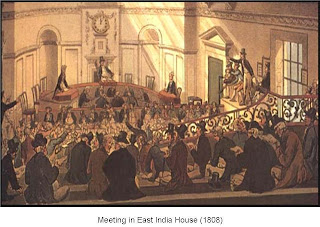 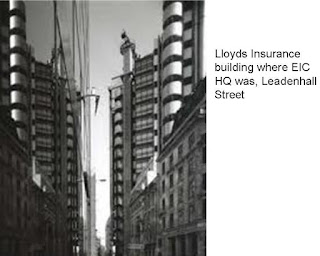 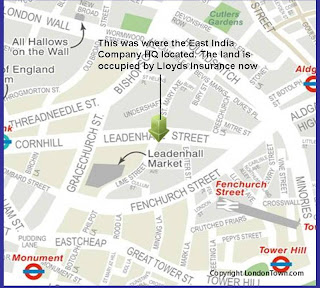