Unlike the last GE in 1968, vibrant contests made its return and PAP was challenged in nearly all seats in GE 1972. BS changed tack from its boycott strategy and attempted to make a comeback. BS’s Lee Siew Choh contested in Rochor but lost to PAP’s Toh Chin Chye again. This time lost by a larger margin of more than 1000 votes. WP was rejuvenated by former district judge J. B. Jeyaretnam while its former leader David Marshall, who had contemplated to stand as an independent candidate, was out of the running due to a stingray wound. 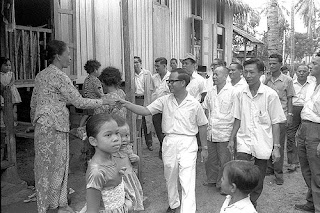 Prime Minister Lee Kuan Yew anticipated 45 seats as a good-enough victory given the stiff competition. However, PAP returned to power by capturing all seats. Singaporeans did not see the need for political diversity, which they believed would lead to power struggle that would impede effective governance during the nation building years. Eligible voters in 65 seats: 908,382. Voters in 8 walkover constituencies: 95,456 (10.5%). Total voters in 57 contested constituencies: 812,926 (89.5%). WP and BS contested 27 and 10 seats respectively and lost all. PAP: 70.4%. WP 24.5%, BS 26.6%. 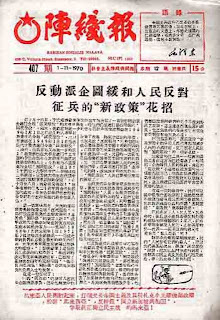 GE 1976 was the electoral debut of both Goh Chok Tong and Chiam See Tong. Goh became Singapore's next Prime Minister 1990-2004. Chiam, standing as independent candidate, later became Singapore's longest-serving opposition MP (1984-2011. 27 years). PAP government produced credible records but had become authoritarian after being in power for a long time and denied Singaporeans democratic choices by changing laws to its favour and employing hardball tactics. Some opposition parties began to adopt a stand more in sync with the people's sentiments that no matter how good PAP was, a few opposition MPs in Parliament could serve as a check and balance on the PAP government. Eligible voters from 69 constituencies: 1,095,817. Voters in 16 walkover constituencies: 238,520 (21.8%). Total voters in 53 contested constituencies: 857,297 (78.2%). WP and BS contested 22 and 6 seats respectively and lost all. PAP 74.1%. WP 27.9%. BS 27.1%. 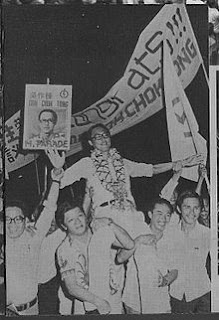 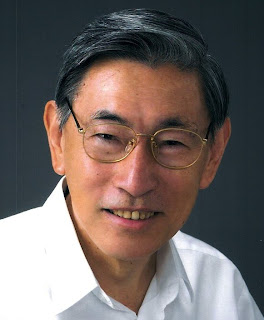 Almost half the number of seats was uncontested in GE 1980 and PAP was one seat away to forming the government on nomination day. This was also the debut of the newly-founded SDP (Chiam See Tong). The school streaming system and former PAP Minister Phey Yew Kok's fraud of trade union funds were the main issues of this GE. Phey jumped bail and disappeared forever. PAP achieved another clean sweep of all Parliament seats with the party's second-highest vote share. Eligible voters in 75 constituencies: 1,290,426. Voters in 37 walkover constituencies: 605,285 (46.9%). Total voters in 38 contested constituencies: 685,141 (53.1%). WP and BS contested 8 and 4 seats respectively and lost all. PAP 77.7%. WP 29.2%. BS 27%.

PAP MP Devan Nair was nominated as the third President of Singapore and vacated the Anson seat for a by-election in 1981. WP leader J. B. Jeyaretnam's victory marked the end of PAP's 15-year monopoly since BS boycott of Parliament in 1966. It also marked WP's return to the legislature since 20 years ago in 1961 and in the same seat David Marshall clinched. 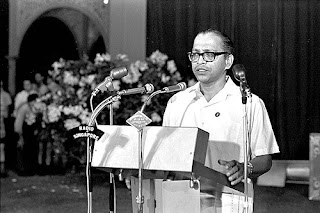 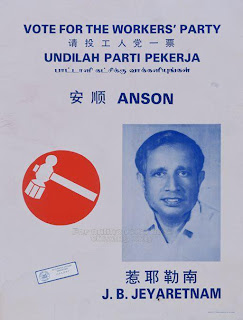