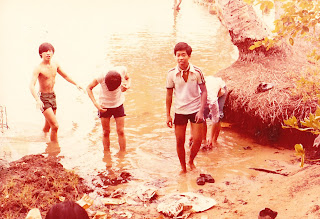 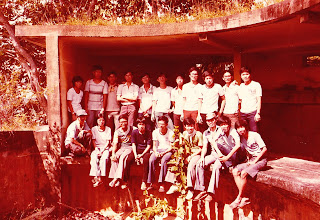 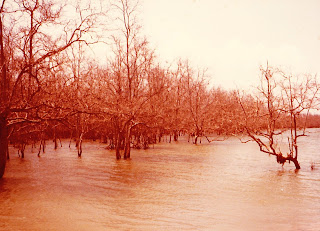 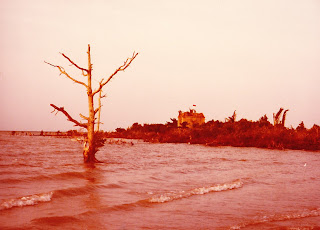 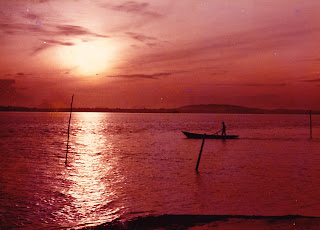 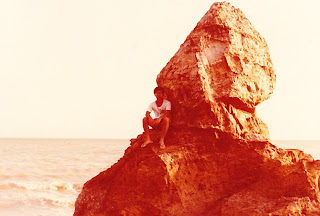 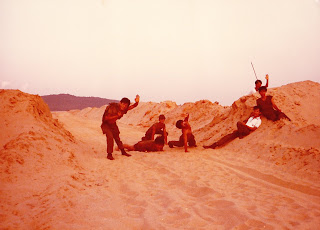 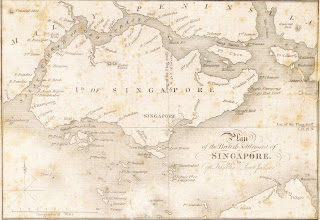 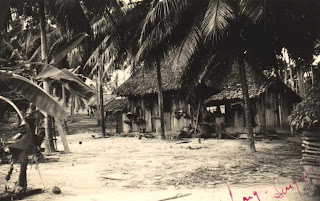 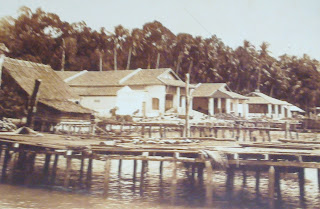 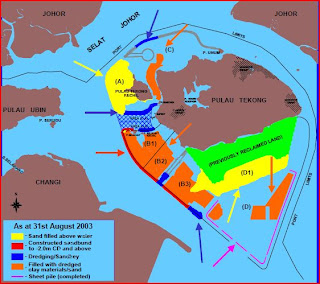 In March 2004, Pulau Tekong was the hiding place for three armed robbers. They fled from Malaysia, sparking off a massive manhunt involving RSAF helicopters, commandos, ground surveillance radar, troops from the 2nd Singapore Infantry Regiment and the Singapore Police Force. All three were caught by police officers; two by members of the Gurkha Contingent and one by the Police Coast Guard. They were later charged with illegal entry to Singapore.
Posted by ....... at 3/18/2011 12:25:00 pm

I too did a few ICTs in P Tekong, mostly at Camp I (the one nearer to the sea) and one time at Camp II (the one further in). In camp I, the one thing that I remember most is that at night we heard a lot of dogs howling. But in the day time, we did not see any dogs.

Have you read my Memories of Pulau Tekong?

Nice blog! Most people would associate Tekong with NS. But for me, Tekong is more than that, I spent my younger years there and later did my BMT there too. My mum was from there.(Most of the villagers there were somehow related to one another)

Aprt from those famous ghosts stories & the hot spring @ Unum, Tekong was actually 'land of the Kings' in the past, not many people
knew abt this.

Currently I'm doing a personal project abt this island, I intend to uncover all the mysteries & histories. Anyone interested?

Hi Skidmaiden07, it is an awesome feeling to know someone growing up in Pulau Tekong in the good old days. I am eagerly looking forward to learn more about Tekong from the "locals".

I hope I can tell you more, but I was so young then. I'm collecting the stories from ex-folks of the island, hopefully I can make my own blog on it. Of course, its never easy to get hold of the senior folks who knew more abt the island, most are no longer around.

Will update again...though not so soon. Thanks!

Hello there, just a little update from me - my new blog - http://tekongisland.blogspot.com

Hi skidmaiden07,
You have started a very nice "Once upon a time Pulau Tekong". Through it I learned that for the Tekong's residents, "most of the Malays were of Pahang/Terengganu descent. In the 1850s, there was a conflict in Pahang which forced its people to seek refuge in Johor, Pulau Tekong Kechil, Pulau Tekong Besar, and Singapore." This is really exciting.

Hope Tekong will be reconstructed again and flourish with your heart under your blog.

It has been months since I last post on this blog, very bz with work. Therefore I haven't got much
updates abt. P. Tekong :(.

Anyway, can I ask for your permission to 'borrow' a few of your P. Tekong pics for my personal mini project?
Thank you..!

Skidmaiden07,
You may use the pics with good course. Looking forward to the P.Tekong reconstruct.

Hope you are doing good, I'm back, at least for a while. It has been tough finding info or facts about this island... as for now I'm going to share some info regarding
the name 'Tekong' and a few of its villages.

Based on the books 'S'pore Street Names, A Study of Toponymics' and 'Dust Laden...History of Tekong Island', it is mentioned that 'Tekong' means 'obstruct' or 'block' in Malay.

Apart from that, having gone thru several old newspaper articles, old and new Malay dictionaries and asking ex-folks of Tekong regardng the name 'Tekong', I found many other variations of the word
'Tekong'.

As mentioned above on earlier,
'Tekong'= obstruct or block, I assumed that 'Tekong' is being mistaken for 'Kepong', 'Tekong'
has different meanings (Based on Malay dictionaries), none about obstructing or blocking. To obstruct or block in Malay is
'Kepong' rather.

According to ex-folks, near the beaches of Kg Pahang there seem to be many rocks that would stagnate or hold water due to their shapes, these are called 'batu bertakung'.
As Tekong was called 'Takung' from the 1828 Franklin's..map, there seem to be a match here, therefore
I conclude that this MAY be the original name of Pulau Tekong. How 'Takung' becomes 'Tekong' later on, is probably due to mixed pronounciations from different races.

Rgd the villages, the 1st ever village to emerge there is Kg Seminei in the 1700s. Later on Kg Selabin and Batu Koyok came about in the 1860s. Selabin was named after a person while Batu Koyok was actually a rock shaped like a monkey (koyok, old Malay language for monkey), hence the name.
Later on other villages started emerging.

As mentioned before regarding refugees of T'ganu & Pahang that came to Tekong during the Pahang civil war in the 1850s, most settled down in Kg Selabin, Batu Koyok, Pahang, Ladang & Pasir.

Kg Permatang may even be the earliest of all villages however the location may just be a trading port rather than a village. Kg Ladang, initially was only a 'ladang' (farm or plantations etc).

Skidmaiden 07, Impressive finding! Please push on. Thank you for sharing.

About the 3 illegal immigrants, the one who caught those people first before the Gurkhas came and we handed over was from 542SIR (ex -6SIR) during our 12th In-Camp executing a TEWT; Training Exercise Without Troops.

Thank DiagnoVeritas for updating the reservists' contribution to this security.

I spent many childhood years on Tekong where my grand parents settled. There was beautiful beach facing Johore where we used to go camping. The late philanthropist Lee Kung Qian built a bungalow on a hill along the beach which in Hakka we called Batang.